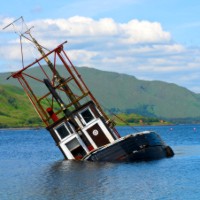 An Australian retailer of boating products and marine supplies that has been operating since 1970 has collapsed.

Ian Purchas of SV Partners was appointed as administrator of Bias Boating Warehouse on 25 August. The first meeting of the company’s creditors is scheduled to take place in Sydney on September 4.

Purchas told SmartCompany Bias Boating’s 13 retail outlets are continuing to trade, although he will continue to monitor the trading situation of the company.

“As long as it appears we have the funds to trade, that will continue to be the case,” he says.

Purchas says Bias Boating employs around 80 people but he is yet to obtain a clear picture of the company’s annual turnover. The reasons for the collapse are still being determined.

The Bias Boating website is currently offline, with a notice to visitors saying scheduled maintenance and updates are currently being performed and the site will be back online ‘within 15 minutes to an hour’.

However, Purchas says the site was taken offline when he was appointed as administrator and is subject to further discussion.

According to the Bias Boating Facebook page, the company recently operated as many as 16 retail outlets across Australia.

“The team at Bias are real ‘boating people’ which makes us unique,” says the company in the description on its Facebook page.

“Our passion for boating means you receive specialist advice for all your boating needs.”

SmartCompany attempted to contact the Bias Boating head office by phone but was hung up on.

While Porter says specialised retailers such as Bias Boating may have an advantage in terms of being able to potentially avoid downturns in the general retail market, if that company’s particular sector is struggling “there’s no way out”.