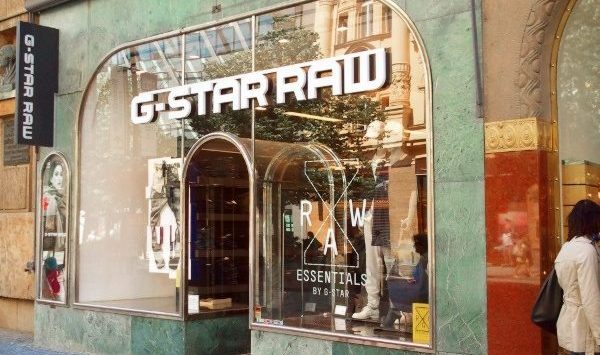 It is the latest fashion brand to collapse in Australia after heavyweight designer Josh Goot this week revealed it had entered administration in a bid to withstand the “well-documented difficult trading conditions in the fashion industry”.

Denim Enterprises, which trades as G-Star and has the rights to sell the Dutch designer’s apparel within Australia, entered voluntary administration on February 2.

Gess Rambaldi and Andrew Yeo of Pitcher Partners were appointed as administrators. The first meeting of creditors will be held on February 11 in Melbourne.

“The administrators will be continuing to trade the business as usual and will work towards the implementation of a restructure that continues to promote the brand and its retail footprint in Australia,” said Pitcher Partners in a statement.

The G-Star RAW brand was founded in Amsterdam in 1989 and now has more than 6500 selling points worldwide.

According to the G-Star Australia Facebook page, Nick and Candice Hirons brought the denim brand to Australia through Denim Enterprises around 13 years ago. They opened the first G-Star mono brand flagship store in Melbourne Central in 2003. It is unclear whether the Hirons still own the company.

The wholesale arm of the international business, which is not linked to Denim Enterprises, also stocks G-Star garments in Australia through a number of retailers such as Glue Store and David Jones.

Brian Walker, chief executive of the Retail Doctor Group, told SmartCompany said the “tension” between the two different distribution channels led to the product being flooded into the Australian market.

“It really saturated the market and it lost its niche,” says Walker.

Walker says G-Star appealed to an “urban” or “street” look and was very popular at one time with the gay community.

“It was very narrow and specific. I think fundamentally, it isn’t as popular as it once was, or it didn’t appeal to the broader market it might have hoped to,” he says.

Walker also points out Denim Enterprises had significant overheads, especially its rents, given the stores were generally positioned within premium shopping centres.

“When a company like G-Star gets to this level, with all its exposure and reputation, it does make you stop and think about the underlining dramatic changes international retail is going through,” he says.

“This has been a sole decision made by the management of Denim Enterprises. We are sorry and disappointed about their move and we have done everything possible to avoid it,” said the statement.

G-Star said the stores operated by Denim Enterprises are still open and would operate as usual.

“G-Star and Australia have a special history together, as it was one of the first international markets that embraced our brand. We have a strong and long relationship with the Australian consumer and we will continue to serve them well through strong, profitable stores in key retail locations, as well as through our multibrand partners that have sustained our brand with passion in the Australian market,” said the company.