Confessions of an entrepreneur: I tried, I failed, I’m still alive 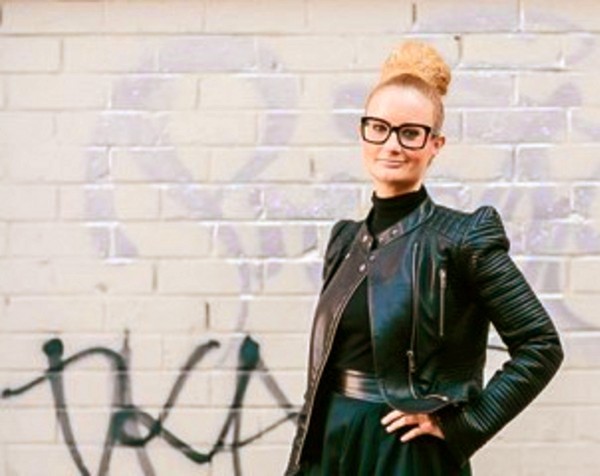 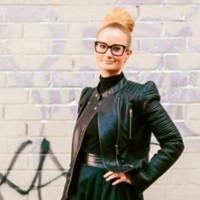 Is there anyone out there who owns a business which is not going very well at the moment and who’s afraid to tell people? Afraid to ask for help? Afraid to acknowledge that your business may not actually be working and it quite possibly could be very close to the finish line?

Yes? Yes. I’ve been there. It’s terrible. Terrifying. Humiliating. There’s guilt involved at the time and money invested into this endeavour which looks like it’s going down the drain. And fear. Good old fear. Fear of telling people that it’s not working, that it’s not going as well as you’ve been saying it has, that you are running out of money very quickly and the end is nigh. Oh yes. It’s happened to me.

My label. The one that I am telling people is on “hiatus”. It’s over. Kaput. Finished. Done. It’s one big failure and I have been embarrassed to tell people that. I have been waxing lyrical that my role as CEO with the League of Extraordinary Women is the reason why I have put it on “hiatus”. It’s not the real reason. There are a couple in fact.

I fell out of love with my business. I wasn’t enjoying it anymore and I was starting to resent it. I was starting to resent all the hours I was putting into it, often for very little reward. I was tired of the effort required to keep it going and working seven days per week. I was tired of not having money for a social life and to buy nice things for myself. I was exhausted. Period.

The role with the League didn’t change any of this. When I accepted the role with the League I hadn’t fully reached the end of my tether. I was determined to do them both and do both very well. By January however, after only four months of attempting to do both, I was done with my label. I’d invested the last cash I had in an Agent to wholesale it as my last ditch effort at taking it to the next level. It didn’t work. I was done. Spent.

I took two weeks off over Christmas at the end of 2013 and thought long and hard about what it was that I wanted. I didn’t want my label anymore. I wanted to design and I wanted people to buy my clothes, but I didn’t have the energy to keep putting everything into it with so little return. So I gave up. I failed, so to speak.

Why didn’t I tell anyone? Because I didn’t want to acknowledge the failure. It was my third business. The first one was a massive failure. I was young and foolish and had no idea what I was doing. It almost ruined my relationship with my sister.

The second was with my ex-partner. You might have noticed the “ex”. Yes, I decided after 10 months I didn’t want to do that business either. Our relationship did not survive me leaving the business.

The label was my third attempt. And it failed. I consider it a massive failure and it was the first I’d attempted on my own. So it was my failure. There was no one else to hide behind. I had poured all the love, creativity, energy, time and money I had into it since October 2010 and in January 2014, I gave up. The dream was over. I felt a lot of different emotions but the overwhelming one was a sense of relief. I could finally concentrate on one thing and do it really well.

My love for the League has never waned, since I started in August 2012 and I still love it today. So I think the League saved me in some ways as it gave me some space to reflect and decide what I do really want. It also gave me the opportunity to work with four amazing women whom I greatly respect and admire and who are all KILLING it in business. They’ve given me an amazing opportunity to learn and make mistakes without losing my shirt. I’m forever grateful. But I’m most grateful for having it to throw all my energy into now as I’m not good when I’m not passionate about something. I need a sense of purpose to really feel alive and without it I flounder. I’m not a natural flounderer.

The League also gave me room to hide. To hide behind something plausible while I licked my wounds. It gave me a valid reason as to why I’d put my label on “hiatus” and so people wouldn’t ask questions. Why didn’t it work? What happened? What went wrong? All these questions we want to avoid when something isn’t going well.

I was scared that people would think I was a failure. I was so adept at pretending everything was going so well. Any time someone asked me about my label, I’d answer in the positive. OMG it’s amazing! I can’t keep up with demand. Everything’s just peachy keen. To be honest, it was a bloody struggle. Emotionally, mentally and financially. It was damn tough.

The most important lesson for me to come out of this experience was, that it’s ok to fail. Failure is not going to kill me and I will survive it. In fact, failure will teach you things success won’t and it will either make you even more determined the next time or you will accept that entrepreneurship is not for you and return to the 9 to 5.

I think the worst thing about the fear of failure is that it can sometimes prevent us from trying at all. I think it’s far more important to have tried and failed than to not have tried at all.

Know that in life, love and business, you will fail. Time and time again, you will fail. And that’s ok. It’s part of the journey. And it’s a good thing because failure will open doors you didn’t know existed. Two years ago when I accepted the role as the first QLD Crusader for the League, I would never, in a million years, have thought it would take me to where I am now. Running it nationally. Spreading the League love. And I am LOVING it. Every day is a challenge, yes. But it makes me feel alive and happy and I’m learning new things every week. Failure will teach you so much more than success ever will.

I’m almost 100% now with telling people my label didn’t work. It’s over. “Chi the label” is officially dead. And I want to say to others, if you are struggling, tell someone. Speak up. Ask for help. Do everything I didn’t. Learn from my mistakes. There are SOOOO many people out there who will come to your aid if you just ask. Tell people where you are struggling. They will make suggestions, connect you with others and do whatever they can to ease your burden. People are like that. They just want to help. So please let them.

If you want to keep it on the down low, and there is something you are struggling with at the moment, email me. I’ll connect you to someone whom I think can help you. The League has massive networks and I personally have met some wonderful people on my journey who have always responded when I’ve been brave enough to ask for help. So please, reach out as someone will be there to catch you.

And if the above doesn’t alleviate your fear of failing or asking for help, check out the below list of VERY successful people who failed magnificently throughout their careers before going onto do something amazing with their life. This list gives me hope that I too can turn my failures into something great.

While Henry Ford is today known for his innovative assembly line and American-made cars, he wasn’t an instant success. In fact, his early businesses failed and left him broke five time before he founded the successful Ford Motor Company.

Today Walt Disney rakes in billions from merchandise, movies and theme parks around the world, but Walt Disney himself had a bit of a rough start. He was fired by a newspaper editor because, “he lacked imagination and had no good ideas.” After that, Disney started a number of businesses that didn’t last too long and ended with bankruptcy and failure. He kept plugging along, however, and eventually found a recipe for success that worked.

In his early years, teachers told Thomas Edison he was “too stupid to learn anything.” Work was no better, as he was fired from his first two jobs for not being productive enough. Even as an inventor, Edison made 1,000 unsuccessful attempts at inventing the light bulb. Of course, all those unsuccessful attempts finally resulted in the design that worked.

J. K. Rowling may be rolling in a lot of Harry Potter dough today, but before she published the series of novels she was nearly penniless, severely depressed, divorced, trying to raise a child on her own while attending school and writing a novel. Rowling went from depending on welfare to survive to being one of the richest women in the world in a span of only five years through her hard work and determination.

Steve Jobs was a college dropout, a fired tech executive and an unsuccessful businessman. At 30-years-old he was left devastated after being unceremoniously removed from the company he founded. In a 2005 commencement speech at Stanford University, Jobs explained, ‘I didn’t see it then, but it turned out that getting fired from Apple was the best thing that could have ever happened to me. The heaviness of being successful was replaced by the lightness of being a beginner again, less sure about everything. It freed me to enter one of the most creative periods of my life.’ After his return to Apple, Jobs created several iconic products, including the iPod, iPhone and iPad, which have changed the face of consumer technology forever. And Jobs became one of the richest men in the world.

See full list of those who have failed in the link here.

This article first appeared on Chiquita Searle’s blog and is published here with permission.