Dick Smith had 12 years’ worth of batteries in stock: Why it’s essential to keep track of your inventory 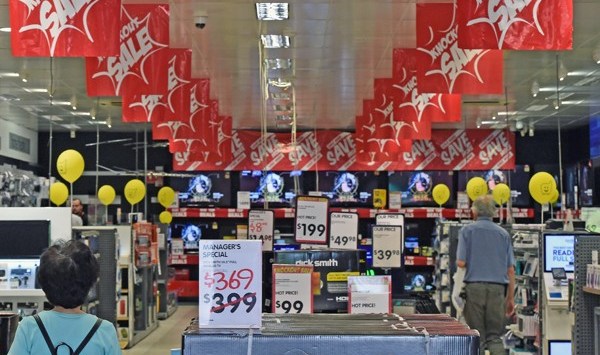 The dissection of Dick Smith’s demise has raised many questions about the electronic retailer’s approaches to inventory and experts are warning businesses about the stresses of growing too quickly.

As reported by Fairfax, the financial inquest into Dick Smith was in session in the New South Wales Supreme Court this week, where management were grilled on the retailer’s processes, including the question of why the company was holding 12 years’ worth of private label batteries in its inventory in October 2015.

The inquest is a public examination of the chain’s former directors in an attempt to trace what happened in the lead up to the company’s January collapse. In July, a report by administrators McGrathNichol highlighted that more time was needed to investigate the cause of the collapse, but that creditors were likely to be out of pocket to the tune of $260 million. In that report, administrators said cash pressures on the business in November 2015 were likely to have led to the company’s failure.

Former Dick Smith company secretary and investor relations manager David Cooke was yesterday grilled over why the retailer kept 141 months’ worth of AA batteries in stock, and the court was told Cooke was informed by chief executive Nick Abbound that the stockpile was tied to the lead up to Christmas.

The inquiry will also look to break down how management approached booking rebates from suppliers on stocks after allegations from receivers Ferrier Hodgson in July that the company sought to maximise rebates by booking certain types of rebates as increased profits or decreased expenses.

Electronics and lifestyle retailer Kogan.com has since purchased Dick Smith’s intellectual property and online assets and is trading the business as an online-only retailer. Kogan revealed in its report for the 2016 financial year that it had used Dick Smith’s online customer database to leverage higher sales.

Why SMEs should track which stock is flying out the door

Dick Smith’s woes are a reminder to smaller operators to have a strong strategy when it comes to buying up inventory, says Michael Stapleton, one of the founding members of the Association of Virtual CFOs. While he says the continued fallout over Dick Smith’s approach to stock is not surprising, there are lessons about the power of information for making good business decisions.

“Information matters – you should be able to track how quickly individual lines are moving and use this to decide what to buy,” Stapleton told SmartCompany.

“Look for quick moving stock, and buy that.”

But the smaller your team, the more difficult it can be to dissect the information that’s flowing to you. This means SME owners run the risk of making decisions on what stock to buy without the data.

“Any halfway decent accountant should be able to tell you what those numbers mean,” says Stapleton.

“If you have an in-house accountant, get them to do it for you. If you don’t, find someone else.”

Grant Field, director of management consultant and business services at accounting firm MGI, says businesses have to remember there is only one reason an operation will go broke – cashflow problems.

“Fast-growing companies are in real danger territory – they simply grow too fast and in my opinion, they just buy more and more stock and sign up more and more debtors.”

Not accurately matching stock to sales can mean debt spirals to a point where an operation cannot service it  – and that’s where companies hit the ground hard, says Field.

“Eventually the banks get to a point where they say, ‘no more’,” he says.

This means the success of an operation depends on the quality of the stock on your shelves in the first place, and how quickly it moves. Business owners should understand that if they don’t have data available about inventory movements, they may be courting danger, says Stapleton.

“If you don’t have that information, you’re flying blind. You don’t know what you’re basing your decisions on,” he says.

Quite valuable advice here. We used to carry too much inventory and sometimes you don’t realise that an item is not longer a fast moving item, if demand has been slowing over time, you may always remember it as being fast moving but the data is crucial. A combination of doing stocktakes (we use a tool, think its called scanSKU scanner..not 100%) and downloading your sales from ERP or ecommerce tool, simple match in excel, and you’re 95% of the way there!

>>businesses have to remember there is only one reason an operation will go broke – cashflow problems.<<

This is like saying, there's only one reason why people die – their hearts stop beating.

Having too much cash tied up in slow moving inventory is merely one potential reason why cash flow problems may arise, and not necessarily the most common reason.

Didn’t Masters have a similar problem – unseasonal stock and huge quantities of items that weren’t moving?
It makes you wonder what the highly remunerated geniuses responsible were being paid for.