Homeart collapse: Homeware retailer up for sale after being placed in administration 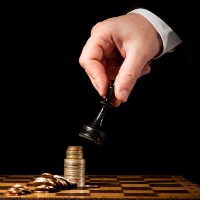 The collapse follows the demise of gift and homeware business Oxford Lane in December 2012, with tough trading conditions cited as a reason for the collapse.

Daniel Austin Walley, Phillip Carter and Mark Robinson of PPB Advisory were appointed administrators of Homeart on January 23 and an advertisement for expressions of interest in the company or its assets appeared in the Australian Financial Review this morning.

At the time of the appointment, the Homeart chain had 116 stores, with around 600 employees, and no longer had any franchises.

In a statement, administrator Daniel Walley told SmartCompany the company is an “instantly recognisable retailer that is well known and supported by the Australian public”.

“Our immediate priority is to conduct a review of the business, which will allow us to explore all possible options including a possible sale as a going concern. In the meantime, the business will continue to trade on a business-as-usual basis,” Walley says.

“We are working constructively with Homeart suppliers, business partners and its dedicated team of 600 staff to ensure we achieve the best possible outcome for the business.”

A spokesperson PPB Advisory says it is unable to confirm the reason for the formal appointment at the moment, as investigations are still underway.

The iconic homeware chain was launched as Copperart by Amy Van Roest and her husband Aart in 1978 and its first store was located on Canterbury Road in the eastern Melbourne suburb of Blackburn. The chain opened its second store, on Springvale Road in Springvale, a year later.

While the majority of the stores were company owned, a few were franchised out. The company’s first franchisees were the De’Stefano Family of Geelong, who joined the company in September, 1982.

By 1983, the company had begun expanding nationally, with Maria and Hans Meli from Canberra among the first interstate franchisees of the chain, which quickly became a common fixture of Australian suburban shopping centres.

The growth of the chain led Aart Van Roest to be elected the chairman of the NSW Chapter of the Franchise Association of Australia & New Zealand (FAANZ) in 1995.

By late 1999, the company had begun to rebrand itself from Copperart to HomeArt. At that point, the company had grown to 165 stores, of which six were franchised. The new Homeart brand was eventually rolled out across all its stores nationally during the second half of 2001.

By 2014, according to IbisWorld, the chain had total revenues of $61,430,000 including sales and other revenue, with Amy Van Roest continuing to serve as its managing director, its headquarters having moved to New South Wales.

Federation Centres had 15 Homeart stores across its portfolio of shopping centres, according to a report in The Australian, with Scentre (which trades as Westfield) leasing out to six stores and Stockland with four. The collapse comes at a time when many major suburban shopping centres are expanding.

“I believe we’re going through a structural transformation in terms of the retail industry,” Walker says.

“Retail is dealing with the challenges of online retail, globalisation, increased labour and rental costs.

“In Homeart’s category, the entry of sharp competitors such as Williams-Sonoma is a factor. You also have the stock that Homeart sells being mass produced and the likes of Big W, Target and Kmart launching aggressively into the homeware market.”

The first meeting of Homeart creditors will be held in Sydney, on February 3.