How to save a failing business: Top tips from the administrators 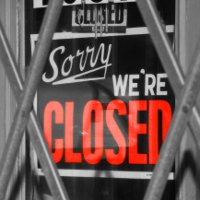 In 2012, Australia saw the highest number of businesses collapse on record. In 2013, the story is likely to be little different.

Companies in the retail, construction and automotive manufacturing sectors have been particularly hard hit this year, as well as those servicing the mining industry.

According to figures from the Australian Securities and Investments Commission 10,632 businesses went under last year, with more than one fifth of those in the construction sector.

New research from Grant Thornton reveals that 83% of the lenders surveyed from 22 Australian financial institutions expected the number of insolvencies in the next 12 months to remain the same, or increase.

It can paint a depressing picture of the business landscape, but it needn’t be the case. With some clever strategies and know-how, business owners can turnaround a failing business before it’s too late.

To find out why a business fails and how to get it back on its feet, SmartCompany asked the experts: Vantage Performance chief executive Michael Fingland, Pitcher Partners insolvency partner Gess Rambaldi and Grant Thornton head of recovery and reorganisation Matt Byrnes.

Why a business fails

Why a business collapses often comes down to a whole range of factors, varied based on the industry it’s in. It’s most often a mixture of tough economic conditions, difficulty tapping into funding and a failure to adapt to a changing market.

Rambaldi says in the retail sector at the moment businesses are facing pressure on two levels – pressure on revenue from rising costs of rent and the rise of online shopping.

“There is a certain softness in some sectors and there’s also the advent of technology driving online sales overseas. This has had an impact on the marketplace and the ones who’ve lost market space haven’t adapted to society’s technological needs,” he says.

“There are also pressures at the cost level through rental obligations and employment costs. However, there are certain areas where reduced rental costs could be achieved by dealing with the landlords, but it very much depends on who you are.”

Rambaldi says if you’re a business in a well-tenanted shopping centre, particularly in Melbourne, you’re unlikely to get rental relief.

In the automotive and manufacturing sectors, high cost bases and challenges tapping into export markets are driving the insolvencies.

“We always encourage businesses in these sectors to have an export arm, as well as a local market, but the high Australian dollar has made exporting difficult,” Byrnes says.

“We’re also going to see a continuing of tough times for printing. I think the volume of printing is falling in a real sense and the cost to compete in that industry is also becoming higher.”

In the construction sector, it’s a different story again. Rambaldi says sectors which have a low barrier to entry tend to be flooded with market entrants during optimistic economic times, naturally leading to a higher insolvency rate.

“In construction, many jumped in thinking they’d do quite well, but not all have the skills and ability to adjust to a sector as well as others. That’s a factor in the process,” he says.

Outside of market factors, there are also a number of consistent strategic decisions which can cause a business to find itself in financial trouble.

Equally, more than 50% of respondents said their borrowers had attempted to solve their problems by implementing cost cutting programs and reducing staff costs.

Byrnes says this is not always the best strategy.

“The default position is to look internally and cut costs, and we’re not saying they shouldn’t, but there are opportunities out there for businesses. If they’re too internally focused they may miss out on these opportunities,” he says.