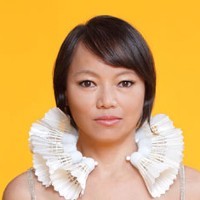 The Melbourne-based restructuring firm that helped turn around jewellery chain Bevilles has taken charge of Vietnamese restaurant chain MissChu and has plans to open more pop-up shops and expand the company’s catering service.

“Firstly, we have to stabilise the business costs, the supply chain and put proper systems in place,” Knapp said.

“The menu has to be simplified and we have to give proper guidance to staff.”

“We also want to grow the catering business and better utilise the central kitchen in Sydney, which is underutilised. We need to have economies of scale.”

“We are talking to David Jones to have more pop-up MissChu shops, which is an inexpensive way of growing the brand’s footprint,” Knapp said.

“We want to start food carts (food vans or trucks) to gauge whether there is demand for MissChu food in an area. This would help us judge if it should be permanent.”

Knapp said Chu will continue to be the public face of the business, as well as leading the company’s marketing efforts.

Speaking to The Australian, Chu described the administration of MissChu as a “blessing in disguise” as she has learnt from her mistakes.

“I have hit the reset button with the Mawson Group behind me,” Chu said.

“They are a professional team who will see me through.”

While Chu previously told SmartCompany her business would not have collapsed into voluntary administration if the Australian Tax Office had granted her request for an extension to pay her tax bill, she told The Australian “ultimately the financial problems of MissChu fall on me”.

“There is no greater punishment than what I have been through and it will always be a lesson to me,” she said.

Chu also responded to questions about company funds being used to purchase a Rolex watch and Cartier ring, as well as a luxury powerboat, which has now been sold.

“I do not like Rolex watches and I do not wear bling—it would look ridiculous on me,” Chu said.

“I am a woman of integrity.”

Chu told The Australian she intends to take legal action against her management team and said she only discovered something was wrong with the MissChu restaurant in London when she stopped receiving financial statements about the venue.

SmartCompany contacted Chu and Mawson Group but did not receive a response prior to publication.