Pepkor buys Jan Cameron’s Postie Plus out of administration 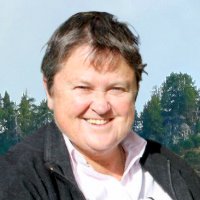 It’s a happy ending for the 104-year-old clothing and accessories chain, which collapsed into administration at the beginning of June, after posting losses in 2012, 2013 and the first half of 2014.

Administrators David Bridgman and Colin McCloy of PwC confirmed the sale of Postie Plus to Roan Limited, a wholly owned subsidiary of South African retail juggernaut Pepkor Limited on July 18.

Bridgman and McCloy said in a statement the sale includes 64 Postie Plus outlets as well as the Postie Plus head office in Auckland. More than 530 of the retailer’s 560 employees have accepted positions with the new owner.

However, it appears around 18 Postie Plus stores were closed as a result of the administration process, with the administrators indicating in June the chain was operating 82 outlets.

“We are very pleased to have been able to complete the sale of the Postie Plus business as a going concern within six weeks of our appointment as administrators,” said Bridgman, who added the sale also means many suppliers will be able to continue trading with the company under its new ownership.

“We believe this sale is in the best interests of all creditors and Postie Plus staff.”

Pepkor Limited specialises in clothing and footwear, with operations in Southern Africa, Eastern Europe and Australia.

Brian Walker, chief executive of the Retail Doctor Group, says the acquisition makes “perfect sense” for Postie Plus, which he says was likely caught up in the general “malaise” affecting the discount department store sector, as well as the business activities of its largest shareholder and former Rich Lister Jan Cameron, who held a 19% stake in the company.

“Postie Plus has an unusual mix of hybrid products and they are very price driven,” Walker told SmartCompany.

“But the infrastructure of department stores in New Zealand is a crowded space like Australia and there is lots of pressure on margins and online is playing a part,” he says.

Walker describes Pepkor as “very shrewd operators” and he expects the company’s first priority will be to complete a thorough review of the Postie Plus operations, with a view to tighten the retailer’s range of products and focus on its point of difference.

Walker says Pepkor may also consider rebranding the retail chain so it is “known for something” or use it as a platform to springboard the growth of Best & Less in New Zealand.

SmartCompany contacted Pepkor but did not receive a response prior to publication.