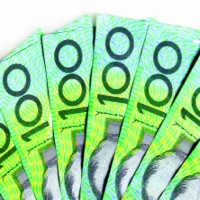 It may seem like a hard slog to be an Australian small business owner, but research suggests it’s worth it in the end.

According to research released this week from the University of Western Sydney, Australian small business owners take home less than a typical wage or salary earner every week, but they have more than $1 million worth of assets to fall back on at the end of the day.

Business households took home an average weekly income of $1,975 in 2010, around 10% less than the average household wage of $2,173, according to the research.

However, they more than made up for this in assets, with a typical small business household listing $1,095,000 in assets compared to a typical wage earner who had around $673,000 in assets – at least one-third less.

Dr Mark Sargent, postdoctoral researcher from the University of Newcastle, told SmartCompany the research suggested owning a small business was well worth it in the long run.

“The evidence we looked at and the accumulated evidence certainly seems to say that is the case,” says Sargent.

Sargent says while the study showed sacrifices were made by small business owners in the short term, unincorporated businesses do accumulate greater average wealth than those of employees.

Sargent says there are a variety of reasons business households will take home smaller pay cheques than those on a wage or salary, including the common strategy of reinvesting revenue back into the business.

“We tend to find the line between personal and business income becomes blurred,” he says.

While the biggest assets a small business has is the nominal value of the business itself, Sargent says the study also found the median and mean property assets were significantly higher for business households.

“The interesting thing is that this actually excluded property related to the business they owned,” he says, pointing to the relatively higher levels of financial literacy that small business owners likely have.

Sargent says the other most interesting takeout from the research was the increased value in superannuation holdings of small business owners.

He said unincorporated business households’ total superannuation rose 112% between 2003-04 and 2009-10, nearly doubling in terms of rate of accumulation.

“The most obvious reason for this is that over time, not just people in paid employment, but everyone has become more aware of the benefits of superannuation,” says Sargent.

And Sargent says small business owners have gotten smarter about the way they invest.

“In years gone by, business saw [the actual business] as their nest egg. But many have experienced volatility in recent years and changed their thinking to diversify their assets,” he says.