So you’ve made your first million? Great – but what’s more important is profit 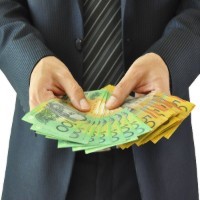 I often read about fast growing businesses that have made their first million very quickly. I’ve also read, usually a year or two later, that the business has now gone broke. Why?

As the saying goes: turnover is vanity, profit is sanity and cash flow is reality.

In a nutshell, focusing on turnover (in isolation) is not the answer. You can have all the sales you like but if you’re spending more than you’re bringing in, the business won’t last.

In addition, if the business is growing rapidly you’ll need to invest anything that is left in to more stock, more debtors, bigger premises and the like. The end result can often be that whilst your top line is growing, you’ve got no cash. This is danger territory!

Sometimes it’s hard to pull back on growth when things are going so well, but sometimes this is exactly what you need to do. Growing too fast, particularly in start-up businesses is fraught with danger. You need to know the signals.

This can also be the case of businesses that have been around for a long time but have found “the next big thing”, and invest heavily in growing sales in that area.

Often, rapidly growing sales are built on the back of low prices – that is, “buying” market share. That might be okay for a while, but sooner or later you have to make a dollar out of those sales. When sales are growing rapidly it is generally a good time to improve margin, even at the risk of losing sales. In other words, you’ve built up a loyal client following and sales are growing strongly but you’ve never got any cash.

Increase your margin by either lifting prices or buying better. Yes, your rate of growth may slow but you make more money and you’ll find your cash flow will improve.

Make sure you surround yourself with a team of financial people who know what they’re doing and ideally have worked with successful fast growing companies before. You don’t want them replicating the mistakes of prior businesses they’ve been associated with.

There is only one key measure of overall business performance, and sales turnover isn’t it.

You’ve got money invested in this business. Understand how much and what profit you need to generate to earn a decent return on that capital. This is called your return on capital employed (ROCE). If your financial people can’t tell you what this is – sack them!

Know your free cash flow. This is relatively simple to calculate and you can bet your bank will be measuring this even if you aren’t. But as the name suggests, it tells you your “free” or “available” cash flow. In many fast growing businesses this is negative. However, it can’t stay negative forever otherwise you’ll go broke, hence why you should consider consolidating.

Understand your working capital. People think more sales generate more cash and that increasing sales is a positive, not a negative. This may be true over the longer term, but often isn’t in the short term. If you’re going to grow your turnover by X%, know how much working capital you’ll need to find to fund that growth. If you don’t, you’re flying blind.

Start-ups and fast growing companies beware. Growth can be both your friend and your enemy. Make sure you know which one it is.

Grant Field is chairman of MGI Australasia and has operated an accountancy practice in Brisbane for nearly 30 years specialising in family businesses.