The corporate graveyard: What collapsed companies reveal about your own future 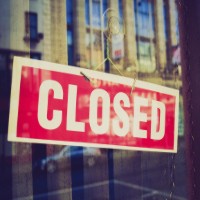 Allergen-free food is probably one of the fastest growing retail sectors, particularly around gluten free. So what can we learn from the recent collapse of family-owned Melbourne-based cake supplier Terry’s Tortes and Treats?

The business, which reportedly has a turnover of $7 million, was launched in 2007 and specialises in gluten-free, allergen-free and Halal-friendly dessert options. I am a gluten-free convert, so I know that this is a fast-growing area.

While obviously not privy to the company’s financial details, in my 25 years of dealing with family businesses I believe there are three reasons why businesses run out of cash, which invariably leads to them going broke.

It was reported that the company had grown quickly in the past few years. Despite what many might say, a business can grow too fast. That is, the profits it generates are not enough to meet the working capital needs of an ever-increasing business.

Similarly, 80-year-old family-owned jewellery chain Bevilles announced it was entering into voluntary administration last week. It was reported the reason behind the appointment of administrators was the inflexibility of landlords in renegotiating shop leases, thereby affecting the company’s ability to downsize.

There was also the Byron Bay Cookie Company, which, after announcing major franchise expansion plans, proceeded to crumble early last year, reportedly owing more than $2.7 million to unsecured creditors. The business was acquired by Rinoldi Pasta.

Growth invariably leads to larger stock holdings, more debtors, more plant and machinery as well as bigger and better premises. If the size of a business is growing by, for example, $1 million a year and it makes $600,000 profit, then there is another $400,000 that it needs to find to fund that growth.

This is called “free cash flow”. If it’s negative and stays that way year after year then you’re going to end up in trouble. In most privately owned businesses, this shortfall usually comes from debt. And then the same thing happens next year, the year after and so on, until at some point the bank says “no more”.

If you add to that an unforeseen external factor that affects the top line sales (or cash flow), such as a downturn in retail spending, the loss of a major customer or a debtor who does not pay, then you have a recipe for disaster.

The second reason many businesses get into trouble is simple – the business is not profitable. People think they have a cash flow problem but they don’t – they have a profitability problem. The lack of cash is just a manifestation of the lack of profit.

Thirdly, businesses will also run into cash flow issues if they have used short-term funding (i.e. working capital) to fund long-term assets (e.g. plant). This is usually the easiest problem to fix (if the business is profitable) by doing a sale and lease back of the plant, to free up cash.

Many business owners are focused on growth, which in itself is not an issue, as long as they focus just as strongly on profitability and free cash flow.

Business owners need to be aware of two key ratios: their “sustainable growth rate” and their “working capital absorption ratio”.

Your takeaway – business owners need to focus on profitability, free cash flow and grow at a rate that is sustainable.

Grant Field is chairman of accountancy firm MGI and has more than 25 years of experience in advising family businesses.