The debt trap: How two entrepreneurs finally confronted their demons 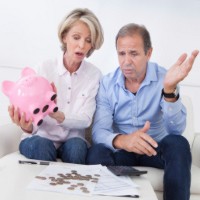 “William” ran what seemed to be a successful wholesale/retail business. To the outside world he appeared to be doing very well, having set up a retail store and also importing products that he sold wholesale to other retailers.

But cracks began to appear in the veneer. Some were financial while others were emotional, but they all started to add up and tell him that something was seriously wrong.

Part of his business involved manufacturing goods overseas, which he would then import and sell in his own store as well as wholesale to others. The regimented nature of the import and shipping business meant goods in containers could only be received upon payment and there was little flexibility regarding payment terms.

“Having containers stuck on the docks because I couldn’t afford to pay for them; that was a real red flag,” said William, who as a member of Business Debtors Anonymous agreed to talk to SmartCompany about his debt problem on condition of anonymity.

“There was the ripple effect of not having new product in the shop by Christmas. The containers were stuck at Christmas and it was embarrassing because I was wholesaling as well, so I had to tell people the stock would be in and I couldn’t get it off the docks.”

Then there were the more mundane signs he was sinking deeper into trouble, such as the recurring bank late fees he was being charged.

Hardly a day goes by at SmartCompany where we don’t report on a business collapse. While there are many reasons for these collapses – industry-specific conditions, technological redundancy, and succession issues to name a few – buried beneath the bottom line statements from administrators are the personal stories of the businesspeople involved.

For some, the issue of compulsive debt accumulation plays a significant role.

Figures from the Australian Financial Security Authority show that while total personal insolvency activity and personal bankruptcies decreased in 2012-13 compared to the previous financial year, debt agreements reached their highest annual figure on record in 2012–13.

In terms of company debt, the Australian Securities and Investments Commission figures on corporate insolvencies in 2012-13 show small to medium-sized businesses dominated external administrators’ reports. The crunch felt by SME owner-operators is illustrated by the fact 85% of the insolvent businesses had assets of $100,000 or less, 81% had fewer than 20 employees and 43% had liabilities of $250,000 (or less).

The pressure on many small business owners is immense. That financial pressure can quickly seep into personal affairs and relationships, according to William.

Another “red flag” that signalled he had a problem with debt came when he couldn’t pay a staff member’s holiday entitlements.

“My sister worked for me. And not being able to pay her holiday pay at one point was really embarrassing.”

He says the shame he felt from his inability to stay on top of his business affairs was always with him.

“I remember having a conversation with my father about my super, and he wanted to know that I was looking after my super, and I lied to him point blank and said ‘yeah, my super’s fine, it’s all managed’. And it wasn’t, it just wasn’t.”

“It’s a constant reminder in the back of your head that you’re living a lie.”

Dealing with the taxman

Another member of BDA, “James” (also speaking anonymously), has a similar story. But while William eventually had to shut his business down, James was able to salvage what was left of his business as a sole practitioner in the legal industry.

His problems stemmed from a failure to deal with a Tax Office debt which ballooned from $60,000 to $100,000. The tax debt was the culmination of what, James says, was a head-in-the-sand approach to running his business: not keeping proper records, not differentiating between business and personal accounts, and not collecting money from debtors all contributed to his malaise.

He said the ATO was “reasonably helpful” but could only do so much to help him, especially considering the size of his debt.

“There’s only so much they can do faced with such a large debt. The default position is they charge interest on that, so that was a pretty overwhelming proposition,” James said.

“I wasn’t organised. It was really compulsively chaotic behaviour, I had no idea what the true nature of my liabilities and assets were; what my cash flow was. I was really good at my job, but in terms of running the business side of things it was hopeless.”