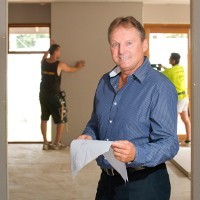 The construction and development business announced its acquisition of Stellar Homes on Friday.

The procurement process involved the Scott Salisbury Group working closely with both the administrators at Macks Advisory and the team at QBE to “derive a resolution that is beneficial for all parties involved”.

Scott Salisbury Group is a 25-year-old South Australian construction company with 55 employees and a turnover of $50 million a year.

“The biggest reason for us to get involved in that was to help out in the industry and help those customers missing out in the trade and supplies,” he says. “Obviously there has to be some financial reward for us but we are not all that confident about that yet.”

“I think it is just poor financial management, some of the projects were sold too cheaply, there was quite a large overhead in the business,” he says.

“They are similar circumstances with builders around Australia when they go under it tends to be because they were too cheap. Builders traditionally get paid in advance so they have a lot of cash in the bank that isn’t actually theirs.”

Salisbury says the Scott Salisbury Group has experience in taking over jobs from companies which have been in administration.

“They are quite difficult jobs as there is a lot of emotion involved,” he says.

But Salisbury says industry-wide improvements are required to make sure a collapse like this doesn’t happen again.

“One of the reasons for doing this is the system needs to be cleaned up,” he says. “The industry knew six months ago that this was going to happen but nobody does anything about it.”

Salisbury says people weren’t being paid and there was talk in the industry that Stellar Homes was in trouble for a long period of time but despite this Stellar Homes was given a building award by the Housing Industry Association only six weeks ago.

“That gave people confidence that they were still viable,” he says.

Salisbury says there needs to be better recording for licensed builders.

“Builder’s licences need to be tied into their assets and financials,” he says.

“Organisations like the Master Builders Association have a code of conduct and if that was made stronger and we could report when trades weren’t being paid then that could be a solution. These things shouldn’t happen they are preventable.”