The Department of Treasury has officially adopted a fully integrated electronic invoicing solution, enabling businesses to be paid within five days.

In October, the federal government announced all Commonwealth agencies must adopt e-invoicing by July 2021, as part of its COVID-19 recovery plan to support the uptake of technology across the economy.

The Treasury on Friday went live with its e-invoicing solution, provided by Australian software company TechnologyOne and Adelaide startup Link4.

TechnologyOne has been working with Treasury and the Australian Tax Office for more than a year to develop a highly secure solution, while Link4 secured a contract with Treasury in September.

“It should be noted that it is small business associations and the software industry who have led the way in getting e-invoicing onto the business and government’s agenda,” he said in a statement.

“Last year, we were saying e-invoicing was the future. It’s now the present, and it’s great to see Treasury is truly leading by example.

“It’s also very pleasing to see the federal government putting their ‘buy local’ message into action by choosing an Australian company like TechnologyOne, to lead the charge.

“E-invoicing is about less stress for small business folk and more time to run the business or spend time with family.”

“In Australia, over 1.2 billion invoices are exchanged annually with almost 90% of small and medium business still processing paper-based invoices,” he said.

“When an e-invoice replaces a paper invoice, the businesses involved could share savings of up to $20 per invoice.

“These reforms have the potential to deliver significant economic benefits for businesses and the wider Australian economy.

“The Morrison government expects that it will become common practice for businesses to be able to use e-invoicing when dealing with all three levels of government.” 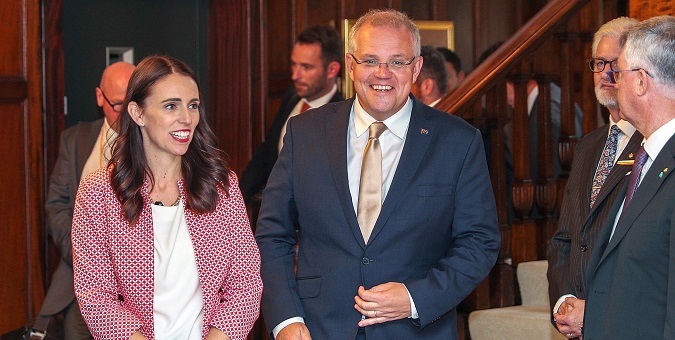 E-invoicing will become easier for Australian small and medium businesses after Australia decided to ink a deal with New Zealand to develop the space.