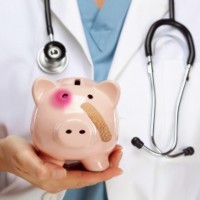 Your average business person will have heard of voluntary administrations and be aware that it is the go-to method to save a company. It’s got to be better than liquidation, right? Well, the answer is “only sometimes”.

Unfortunately, a close analysis of the facts reveals that voluntary administrations are actually very expensive and, in the vast majority of cases, fail in their stated objective of saving a business.

So what is a voluntary administration?

Voluntary administration is set out in the Corporations Law as the way to “administer a company’s affairs with a view to executing a Deed of Company Arrangement” otherwise known as a DOCA. A DOCA is simply a deal between a company and its creditors. The legislation doesn’t tell us what should be included in a DOCA and so a DOCA can be prepared to suit the situation of each particular company.

What can be regarded as a “success” in a voluntary administration? For a start, appreciate that in all corporate insolvencies, creditors will have lost money, usually the whole debt, and shareholder value has already been destroyed. Usually the best that can be expected from a voluntary administration is to reduce the losses suffered by creditors and shareholders and save the business, assuming it deserves to be saved. So the hurdle of success is quite low!

So I’d suggest that for a voluntary administration to be regarded as success, it will have resulted in a DOCA. That DOCA will have ensured creditors get some return on their debt and it will ensure that the business carries on, or at least a part of it carries on.

How often is a VA successful?

It is possible to put together a variety of statistics from ASIC and a number of research papers undertaken by the insolvency practitioners’ professional body, ARITA, to determine the success rate.  It’s not good news:

So what does that devolve into? Voluntary administrations save around 2% of insolvent businesses. Ouch!

Of course, many insolvent companies don’t deserve to be saved – they are destined for liquidation and no legislation can, or should, save them. But I’d have hoped that a successful insolvency regime would be saving more than 2% of patients.

Putting all of that into a simple concept, the key question for a director is “if we can fix the debt burden, can you see a scenario where the company can trade profitably and be cash flow positive within a reasonably short period of time?” If the answer to that is yes, then voluntary administration is likely to be a good solution.

Getting a VA done

Statistics tell us that a typical voluntary administration of a small to medium-sized company will cost around $60,000 in professional fees. So a director will need to have some cash, or assets that will turn into cash, available to cover the costs. That is a Catch 22 of course – an insolvent company needs to have some spare cash!

Cliff Sanderson is a company liquidation and corporate restructuring specialist with over 26 years experience in Australia and Asia. He is the founder and chief executive of liquidation firm Dissolve.