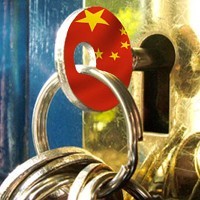 Increased benefits for small and medium sized business wanting to export to China is one step closer after legislation enabling the China-Australia Free Trade Agreement was fast tracked into Parliament this week.

There are signs Labor, which has previously acted cautiously about supporting the deal, is closer to supporting the passage of legislation with reports of plans to hold talks with Australia’s new Prime Minister Malcolm Turnbull.

Harcourt says Australia’s export relationship is more broadly based than people think at first glance and China is a “pretty happy hunting ground for SMEs”.

According to Australian Bureau of Statistics data, over 5600 Australian SMEs now export to China – plus another 4900 via Hong Kong – and over 3000 are based there and are succeeding.

“Australian SMEs battle their way into China and over time many have forged a reasonable business through time and enduring relationships,” Harcourt says.

He says the “political winds have changed” and there is more likely to be compromise “now we have a liberal government rather than a conservative one”.

Harcourt says the important thing for SMEs is to have governments onside when it comes to trading abroad.

“People say don’t go to China because you’ll lose your shirt, but you’ll end up losing your pants in the United States.”

“Overall the China FTA is as good a story for the ‘Kath and Kim’ businesses in the suburbs as it is for big companies like BHP Billiton,” he says.

Harcourt says research he has done shows exporters pay higher wages and the jobs they create are of higher quality, among other things.

“The quality of jobs created in the export sector is much higher, that’s good for FTAs,” he says.

The big end of town also supports the free trade agreement, with the Business Council of Australia chief executive Jennifer Westacott backing the legislation and saying it will “ensure Australia seizes the full opportunities from its biggest ever bilateral trade deal”.

“There has never been a better trade agreement for creating Australian jobs, for opening up tremendous opportunities for our businesses to lift their exports and grow, and for investment from our biggest trading partner in our economy,” Westacott said in a statement.

Westacott called on the Labor Party to support the passage of legislation “without amendment or delay”.

“ChAFTA will drive the resilience and growth of the Australian economy for years to come. A range of tariffs relating to Australia’s key resources will be removed. The agreement will remove tariffs and other barriers to the services, manufacturing, finance, and agriculture sectors so that these industries can access China’s rapidly growing consumer class.

“Failure to ratify the agreement by 31 December 2015 will mean Australia misses out on an immediate double tariff cut next year.”