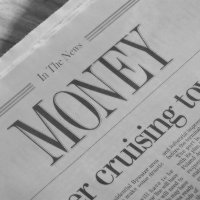 The 2012 Telstra Victorian young businesswoman of the year has been charged with manslaughter by criminal negligence.

Fairfax reports the charge relates to the death of one of Tori Mackinnon’s clients who fell from a boat off Portsea.

The boat was owned and operated by Mackinnon as part of her dolphin sightseeing business.

Supermarket giant Coles has confirmed it will axe 438 jobs at its Melbourne headquarters, including 378 permanent staff and 60 contractors, following reports as many as 600 positions are set to be axed.

In a statement published by The Australian, Coles chief executive John Durkan said there would be opportunities for around 160 of the staff to be redeployed elsewhere in the company.

“All departing team members will be provided with extensive support, including career transition services and, of course, their full entitlements,” said Durkan.

The cuts focus on back-office jobs, such as payments, accounts and IT, rather than customer-facing roles, with many of the positions set to be outsourced offshore.

Australians spent an estimated $15.6 billion on online retail in the 2013-14 financial year, according to the July instalment of the National Australia Bank Online Retail Sales Index.

According to the NAB data released today, online retail grew by 8.6% in the 12 months ending June 2014, outpacing growth in traditional bricks-and-mortar retail of 6.6%.

Australians are also choosing to spend more with domestic online retailers, with the local market now accounting for around 75% of total online retail spending.

“Online spending remains dominated by 35-44 year olds, but the uptake of online shopping by older Australians has been encouraging,” said Oster.

Aussie shares have opened slightly higher this morning, despite a small drop in US stocks overnight.

CMC Markets chief market analyst Ric Spooner said investors are adjusting for rising US interest rates, leading to gains in the US dollar flowing through to lower commodity prices.

“It seems traders have decided that the time has come to get out in front of the Fed before it changes its language and starts to move to a tightening bias on rates,” Spooner said.