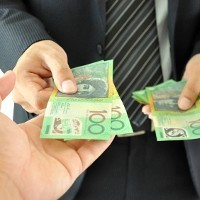 The Federal Court has handed down a record $18.97 million fine to collapsed payday lender The Cash Store for failing to comply with consumer lending laws.

The fine is the largest civil penalty ever obtained by the Australian Securities and Investments Commission.

The court found both The Cash Store and Assistive Finance Australia had sold “useless” consumer credit insurance to customers – the majority of whom were on low incomes or were receiving Centrelink benefits.

The business also charged very high fees and interest on its loans, with total charges typically around 45% on top of the loan amount.

The Cash Store was once one of the nation’s largest payday lenders, with approximately 80 stores across Australia issuing a total of 10,000 loans per month.

However, the business collapsed days after ASIC initiated proceedings in September 2013 due to claims the company had targeted customers who would not be able to repay loans.

ASIC deputy chair Peter Kell said in a statement the fine was part of a “landmark case for the consumer credit regime” and all payday lenders would be wise to take note.

“The significant size of the penalty imposed shows ASIC and the court take these obligations very seriously, as must all lenders, no matter how small the loan is,” Kell said.

“ASIC is all about making sure people taking out loans have trust and confidence in the consumer credit sector and that those offering credit obey the law.”

In November, ASIC launched legal action against appliance rental company Make It Mine, which it alleges breached consumer credit laws, including responsible lending obligations to consumers.

“Consumer laws were designed to protect consumers and in particular the more vulnerable consumers in society who are not always well educated in relation to matters of finance and are probably more desperate when it comes to seeking sources of finance,” Saccuzzo says.

“Over the years the legislators have decided that sector of society needs special protection and anyone wishing to transact with them needs to follow a few steps in order to safeguard the interests of those more vulnerable consumers,”

“And if you as a business choose to ignore the protections the law has decided to give to these people then expect to be caught out and fined appropriately.”

Saccuzzo says lenders need to comply with appropriate legislation and do the right thing by giving consumers the appropriate information, warnings and a cooling-off period, so if someone does do something out of desperation they can rethink the situation.