Computer business with “blue chip” customer base and 80 staff collapses 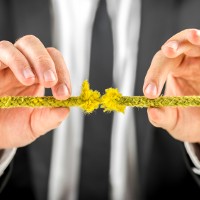 A Sydney-based computer repair business that turned over $11.3 million in the 2013-14 financial year has collapsed.

Brett Lord of PPB Advisory was appointed receiver and manager on September 1 and is currently advertising for urgent expressions of interest in the business.

NCSS has been operating since 1987, offering IT support, onsite maintenance and repairs for HP, Compaq, Toshiba and Apple computers nationally.

According to the NCSS website, the company’s corporate accounts include Telstra, Harvey Norman, Sky Racing, Tabcorp and Australia Post.

The company, which has offices in Sydney, Melbourne and Brisbane, employs approximately 80 staff and has relationships with more than 90 sub-agents.

According to an advertisement for the business, NCSS currently conducts around 10,000 service activities per month across “its blue chip customer base”, although its revenue dropped more than $5 million between 2012-13 and 2013-14, from $16.8 million to $11.3 million.

CRN reports several HP repair agents are concerned about the financial pressure the collapse has placed on some NCSS agents with outstanding payments.

However, CRN reports some agents have been told by the receivers they will be paid for service calls completed following PPB Advisory’s appointment.

PPB Advisory senior manager Andrew Yeomans told SmartCompany the sub-agents are all considered to be creditors of NCSS but “it’s really too early and uncertain to determine whether there will be any return to these creditors”.

“We’re working to try to trade the business, and have commenced a sales process with the hopes of achieving a going concern sale, which will provide the best outcome for all creditors,” says Yeomans.