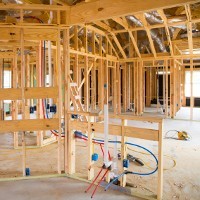 Administrators were appointed to Stellar Homes last week and the business’ 20 staff were advised of the collapse.

Peter Macks of Macks Advisory is the joint administrator of Stellar Homes and told SmartCompany there is stiff competition for work in the residential construction sector.

“It’s basically the difficult economic climate in South Australia for builders,” he says.

“It came down to a fall in sales which then resulted in a cash flow crisis.”

Stellar Homes was established by Darryn Peter in 2004 and has built more than 500 homes across Adelaide in the past 10 years.

Around 36 homes are in various stages of construction and 7 News reports 173 tradies have been left in the lurch by the collapse and are owed $1.5 million.

While Macks could not confirm these figures, he said over $3.4 million is owed to secured creditors and $1.5 million to unsecured creditors while staff entitlements have not yet been finalised.

Stellar Homes website has been shut down with just a holding site in its place but the company said in a statement the administration is in the best interests of all its creditors.

“It is a decision taken only with great personal anguish, and never lightly,” the statement said.

Ian Markos, director of policy at Master Builders Australia, told SmartCompany of the association’s 2500 members in South Australia there have been collapses in the “double figures” in the state.

“In South Australia at the moment, unlike the eastern states, the housing sector is doing it really tough,” he says.

“This is not the first company that has been put into the hands of administrators, which is unfortunate.”

Markos says construction businesses want to build homes for the community but are drowning in paperwork.

“They are all small businesses with a husband and a wife running the company and the same amount of the hours in the day, dealing with a lot of red tape and paperwork.”

The first meeting of creditors will be held on November 11 in Adelaide.