Could MYOB be planning to IPO? 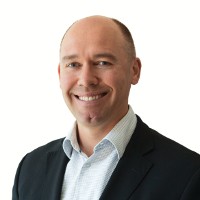 Accounting software provider MYOB could make a debut on the Australian Stock Exchange in the first half of 2015, according to news reports.

Ahead of the release of MYOB’s 2014 profit numbers on Monday, Fairfax reports MYOB owner Bain Capital is considering an initial public offering next year, but may also be open to offers from trade buyers or other private equity outfits.

Bain acquired MYOB from Archer Capital in September 2011 for $1.2 billion. Fairfax suggests bankers would value the MYOB business in line with other public Australian companies, REA Group, Seek and Carsales.com.

The potential interest in an IPO of the MYOB may be fuelled by the company’s recent acquisitions, including a stake in cloud-based point-of-sale startup Kounta in June and New Zealand-based human relations and payroll firm PayGlobal last week.

MYOB said in a statement last week the acquisition of PayGlobal, which is used by more than 500,000 employees in Australia and New Zealand, is a “key strategic move” by the company and will enhance its offering for larger businesses.

The acquisition, which MYOB will finance through existing cash reserves and for which the purchase price is undisclosed, is expected to be completed by the end of August.

While Bain Capital has declined to comment on a possible float for MYOB, SmartCompany understands the group regularly reviews its portfolio of assets.

MYOB chief executive Tim Reed hosed down speculation of a public listing last year, telling SmartCompany an ASX listing was “years” away for MYOB, despite the company issuing $155 million worth of subordinated notes, which entitled bearers to a 2.5% discount on the company’s shares in an initial public offering, in December 2012.

“Bain typically holds their businesses for seven years, and they bought us a year ago,” Reed said in January 2013. “We’re years off that.”

SmartCompany attempted to contact MYOB but did not receive a response prior to publication.