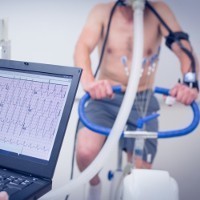 The Federal Court has found against a job applicant who started legal proceedings against a security firm after it didn’t give him a job when he failed a fitness test.

The Federal Court found Keys’ age had not influenced the decision as SNP employed several people who are older than Keys.

It also found a psychological injury or alleged knee injury were not factors.

Darlene Winston, general manager of people and partner strategy at SNP Security, told SmartCompany the business is satisfied with the outcome.

“We work hard to ensure we adhere to all Fair Work requirements. The safety of all our employees is critical to us and that’s why we do our pre employment testing,” she says.

“We are a privately owned family-owned business and we take those values into everything we do.”

Winston says safety is the most important value for SNP Security.

“The process we follow is quite rigorous in recruitment and we do that to get the right people,” she says.

Rachel Drew, partner at law firm TressCox, told SmartCompany employers are entitled to impose fitness requirements on employees where they are recruiting for a new position.

“The standards of fitness imposed must be reasonable based on the role, it can’t be a standard of fitness which requires a certain age or a person to be without an attribute,” she says.

“It has to be something that is connected to the job and is reasonably necessary for the performance of the job or to protect the person’s health and safety in performing the job.”

Drew says small businesses intending to impose fitness requirements need to think very carefully about how the requirement relates to the job.

“Think about what is it about the job that requires that level of fitness and make sure all the medical testing done directly relates to that requirement,” she says.