Dairy Bell lives to ring in another day: Why I scooped up the iconic ice-creamery 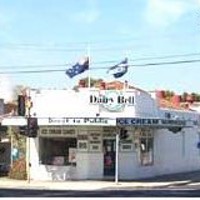 Iconic Victorian ice-creamery Dairy Bell has been scooped up by another local ice-cream manufacturer for an undisclosed sum, after its founders last month said they had made the “difficult decision” to close the doors.

Lou Da Lozzo, owner of Bon Appétit Australia, told SmartCompany he wanted to save the long-standing business, which has been trading since 1970, to keep the company within Victoria.

“The number one reason we made the deal was that it is a great Victorian business, and we recognised that as producers ourselves,” Da Lozzo says.

Da Lozzo says the company is highly respected within the Victorian ice-cream industry and says he became interested in making a deal with Dairy Bell after seeing reports founders Andre Razums and John Stanford were going to close the business.

Razums previously told SmartCompany the pressure of rising costs had led to the “very difficult” decision to close.

“I just made a phone call to see what they were going to do with it and they invited us over, we talked and then shook hands,” Da Lozzo says.

While Da Lozzo would not disclose the sum he paid for the 45-year-old business, he said the deal was “not totally financial”.

“It was an amicable deal, a fair deal,” he says.

“Their brand will help us and we will bring manufacturing capabilities and distribution to their products.”

Bon Appétit mainly produces and sells gelato, which is stocked through IGA supermarkets, as well as cafes and restaurants across Australia.

Da Lozzo started the business in the 1980s and now employs about 30 or 40 staff. He has also offered to save the jobs of Dairy Bell staff.

“Some staff have been offered a job and I’m more than willing to interview people. But some have retired or decided it was too far to move,” he says.

Bon Appétit operates out of Reservoir in Melbourne’s north, while Dairy Bell’s factories were located in the south-east Melbourne suburb of Malvern East and in Sydney. It has closed its five remaining stores.

Da Lozzo says the company will take over the Dairy Bell brand and the recipes, but will not seek to change any of the iconic formulas.

“The core ice-cream recipes will be produced the same, but we will look to add some more flavours,” he says.

He described the deal as “very emotional” for Dairy Bell founders Andre Razums and John Stanford.

Speaking to SmartCompany this morning, Razums confirmed Dairy Bell has “done a deal” with Bon Appétit to let the company use its name and its formulas “so the name continues”.

“It was time to pass the baton on,” says Razums.

Da Lozzo says the two businessmen were “honorable gentlemen” who were happy to see the company kept within its home state.

“Those guys deserve a pat on the back for running a business for 45 years,” he says.