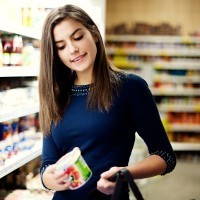 Dairy giant Fonterra has pulled one of its television ads after a complaint was upheld by the Advertising Standards Board because of changing community standards about the origin of fresh food in the wake of the hepatitis A berries scare.

Fonterra Australia rescued Tamar Valley Dairy from administration in November 2013, acquiring the assets of the yoghurt business for an undisclosed amount. The company also has a stake in Bega Cheese.

However, a single complaint resulted in the advertising watchdog ruling against the company and deciding the ad promoting Tamar Valley yoghurt – which is no longer on television – was misleading according to “prevailing community standards”.

“Am very annoyed at this not telling us the real truth of their products, e.g. made from local and imported ingredients,” the complainant told the Ad Standards Board.

“Tell us which and what ingredients are local, probably most of the time the most-minute ingredient such as a drop of water is the local ingredient.”

The Advertising Standards Board noted while the words in the advertisement were “technically correct”, greater community awareness due to recent health scares meant the average consumer would want more information about the origin of the ingredients in the yoghurt.

“The board considered that the overall impression is strongly suggestive that all the ingredients are local to Tasmania, specifically the Tamar Valley region,” the advertising watchdog ruled.

“The board considered that in light of the current community concerns regarding the hepatitis A link with sourced berries the strong suggestion in this advertisement that the ingredients are from Tasmania is a suggestion which is misleading and deceptive.”

A spokesperson for Fonterra Australia told SmartCompany the company accepts the decision by the advertising watchdog.

“Fonterra will not run the ad in its current format again.”

Marketing expert Michelle Gamble, from Marketing Angels, told SmartCompany brands need to be careful when saying their products are made in a particular part of Australia.

“Transparency is going to be to be the next big thing,” Gamble says.

“We’ve already seen a move to less processed foods, more wholesome foods and people growing their own foods. So I think the frozen berries thing has put it more on people’s radar. Consumers as a result of that are demanding more transparency from brands, particularly food brands.”

Gamble says it’s similar to how consumers have been demanding more transparency from retailers in recent years.

“The ethics are becoming a big thing and brands shown to be doing things that are ethically wrong are much more likely to be caught out than ever before,” she says.

“Don’t go there if you can’t fully, 100% back it up would be my advice to Australian food brands trying to use Australian made or organically grown to differentiate themselves.”

In August last year celebrity chef Maggie Beer acknowledged her product labels were likely to be misleading and in breach of Australian Consumer Law due to the words “A Barossa food tradition”.