Debt agreements and how to avoid unnecessary debt traps 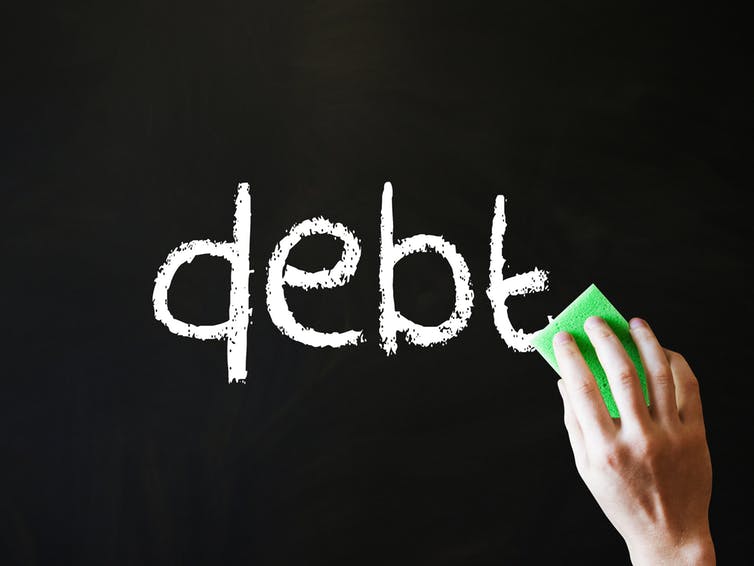 Debt agreements are the fastest growing form of personal insolvency in Australia. They were designed to offer debtors a low-cost way to make arrangements with their creditors, while avoiding bankruptcy and some of its more serious consequences.

In fact, many debtors pay more than 100% of their original debt, because of the high cost of administration fees. But there are cheaper options available for managing debt.

Debt agreements are binding contracts made between debtors and their creditors in accordance with personal insolvency law. They are aimed at providing debtors in financial stress with the option of compromising with creditors. Not all debtors can enter into a debt agreement – there are income and debt limits.

In many cases, debtors pay their creditors an agreed reduced amount by instalments over a period of time. A debt agreement administrator assists in the negotiation process and distributes the payments to creditors.

Debt agreements have fewer adverse consequences than bankruptcy. One key advantage is that debtors may be allowed to keep their home.

Nonetheless, the adverse consequences of debt agreements include having a record on the National Personal Insolvency Index, and difficulties obtaining credit. Debtors’ ability to maintain a licence in various professions may be affected and the debt agreement must be disclosed in certain situations.

A growing problem in Australia

In 2016 there were 12,150 new debt agreements, comprising 41.5% of all personal insolvencies in Australia. While the number of debt agreements has increased steadily each year, bankruptcies have decreased since 2010.

Our research examines three sources of data to gauge the impact of debt agreements. These sources include statistics from the Australian Financial Security Authority (AFSA), an online survey of 400 debtors, and interviews with industry stakeholders.

Most debtors pay more under debt agreements than the amount they originally owed. This is due to the fees charged by AFSA and, in particular, for-profit debt agreement administrators.

Many debt agreements are unsuitable

Debt agreements are useful for some people, such as those who have a home to protect from seizure in bankruptcy. However, consumer advocates find many instances of debt agreements unsuited to the needs of debtors. High administration fees are detrimental particularly for low income debtors.

Some debtors enter into debt agreements which they clearly cannot afford, aggravating their financial stress. If they are unable to make the payments required under a debt agreement and it is terminated, the fees cannot be recovered but the debts to creditors remain, leaving debtors in a worse position.

People whose incomes comprise a disability or aged pension may in many cases be better off declaring bankruptcy, or seeking other forms of debt relief.

There are several fee-free options for managing debt which do not involve the adverse consequences of debt agreements.

Financial hardship schemes commonly allow payment by instalments, or short term extensions of time, for debts owed to utilities or credit providers. Free independent dispute resolution offered by the Financial Ombudsman Service and the Credit and Investments Ombudsman is available to people who have disputes with financial service providers.

People often enter into debt agreements without seeking independent advice or accessing other options for managing debt. In 2016, 92% of debt agreement debtors relied on debt administrators as their primary source of information. Marketing often emphasises the advantages of debt agreements over bankruptcy.

Debtors often lack adequate knowledge of cheaper, better options for managing debt and of the adverse consequences of debt agreements. When the debt agreement system was established, it was not expected that private, profit-making debt administrators would assume a prominent role.

Law reformers noted in the 1996 Bankruptcy Legislation Amendment Bill that ‘if fees were charged, debt agreements would in many cases not be viable either for the debtor, or for his or her creditors’. They further noted that this would defeat the purpose for which debt agreements were introduced.

Reforms to the debt agreement system are currently being considered, but in order to be effective, these reforms should provide better safeguards for debtors. These should include stricter eligibility requirements for debtors entering into debt agreements such as a minimum income or ownership of assets which are protected from seizure in bankruptcy.

Such reforms would reduce the risk of debtors being left worse off, financially, as a result of debt agreements that are unsuited to their circumstances.