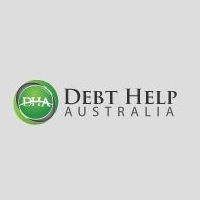 Queensland-based debt consultancy business Debt Help Australia has come under fire for its advertising, with the Consumer Action Law Centre (CALC) complaining to three regulatory bodies about a “predatory” ATM ad from the firm.

It’s the latest action by the consumer advocacy body to call out misleading advertising of financial services companies, including payday lenders, that it says prey on vulnerable customers.

“The suggestion in these ads is that their offer is the best offer, which is potentially misleading,” Gerard Brody, chief executive officer of CALC, told SmartCompany.

According to images of the ads published by News.com.au, which were shown on ATM screens and receipts across Australia, Debt Help Australia urges customers to “get your debt under control” with “a real solution and alternative to bankruptcy”.

Debt Help Australia offers a service called a debt agreement, which gives its customers the ability to roll their debts together and pay smaller repayments.

The Australian Securities and Investments Commission (ASIC) says consumers should “only consider a debt agreement if you have explored all other options”.

“It advertises debt agreements as an alternative to bankruptcy, encouraging these agreements when it’s not the appropriate option,” Brody says.

“Even the use of the word solution implies it will solve something, but debt agreements can be even more expensive than bankruptcy.”

CALC also took issue with another screen that appeared on the ATM, which said the debt agreements offered, “no obligations, no dodgy quick fixes or costly loans, no more stress”.

“Our view is there are a number of obligations under debt agreements,” says Brody.

“To say there is no more stress, that offers an unrealistic expectation, as if your financial pressures will disappear. It also gives the impression debt agreements are the best options and other options are quick or dodgy.”

“While that is not a breach of the law, it is predatory for people struggling with cash issues,” he says.

CALC had now referred the ad to the Australian Financial Security Authority (AFSA), which handles adverting regulations for debt agreements, as well as ASIC and the Australian Consumer and Competition Commission.

“We hope all three regulators will investigate it and make the company change or remove the ad,” says Brody.

“Any business that is profiting from someone’s financial difficulties, we’d really encourage consumers or small businesses to be wary of them. There are far better options for them,” he says.

SmartCompany contacted Debt Help Australia but did not receive a response prior to publication.