Diary of an Entrepreneur: How Trudi Jenkins found fashionable success with Hard to Find 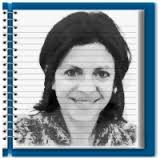 Former magazine editor Trudi Jenkins founded online retailer Hard to Find with one of her colleagues and best friends Erica Stewart back in 2008.

The launch was perfectly timed to take advantage of the rise in online retail and the business now turns over $10.2 million a year, landing Hard to Find seventh place in this year’s Smart50 awards.

Jenkins relishes being able to structure her own time, help fellow SMEs succeed and raid the wine fridge at the end of a long day.

Jenkins describes herself as “a bit of a late starter” in the mornings as she has two children who are aged 11 and 15.

“I get them off to school first of all and then I do Pilates twice a week,” she says.

“Part of the reason we set up the business was to have that flexibility and aim for some sort of work-life balance.”

Jenkins checks her emails as soon as she wakes up and also checks the previous day’s sales figures.

But she doesn’t usually make it into the Hard to Find offices until 9.30am or 10am.

Jenkins says the nature of running her own business means while she may not be physically in the office she is “on call 24/7” and sometimes this means “answering emails at 2am because I can’t sleep”.

As a former editor Jenkins is responsible for the curation of products on the Hard to Find site, as well as the site’s look and feel.

“Usually the first thing I do is check the new seller applications and I have a whole approval process,” she says.

“Probably 80-90% of people who apply don’t get through that process – we want people to love everything that is on there. The brand is very much like a magazine brought to life online”.

Jenkins says one of the best parts of the business is giving Hard to Find’s sellers the chance to thrive online and access a much larger, more targeted audience than they could hope to reach on their own.

Jenkins and Stewart have helped many sellers grow from a kitchen table business to turning over six figures and employing staff.

“No two days are the same,” she says.

“I might be working with Eri on a project, discussing what ranges or upgrades we want to make to the website and prioritising those,” she says.

For Jenkins, learning how to manage the IT process has been the most challenging part of running Hard to Find.

“Having come from a traditional media background, we had no idea about online and the complexities of building a website,” she says.

“The best thing we ever did was employ a technical lead/project manager to work closely with our development team to ensure the smooth running of each project.”

Now Hard to Find iterates fast and frequently, analysing as it goes and making those small, incremental changes that make all the difference to conversion rate and sales.

“We’ve also learnt to prioritise development based on the business case for each improvement – everything now comes down to ROI,” Jenkins says.

Lunch time is a big deal at Hard to Find as Jenkins says she and Stewart have bonded over food.

“We are both very keen foodies so we normally start thinking about what we are going to have to lunch at about 10-10.30 and our lunch is very important to us,” she says.

“We bring it in or sometimes we pop out to a local place with good food like Fratelli Fresh or Grounds of Alexandria. We have a wine fridge as well and after around 4pm we start thinking about having a glass of wine.”

Jenkins usually leaves the office at around 6pm and goes home and “deals with the kids” for homework and bath time but she often gets back on email later on.

To unwind she has massages at the weekend and hangs out with friends.

“Down time mostly revolves around eating and drinking and Pilates to try and hold things together,” she says.

Jenkins and Stewart both love travelling so outsourcing Hard to Find’s customer service to Manila was the perfect excuse for a recent trip to the Philippines.

“We manage to combine a bit of work and travel,” she says.

Jenkins says she has “so many exciting ideas but only so many hours in the day and so many resources”.

This means prioritising is probably the hardest discipline.

Over the next 12 months Jenkins and Stewart are working on ongoing IT improvements to Hard to Find, launching a new vertical and focusing more on international sales.