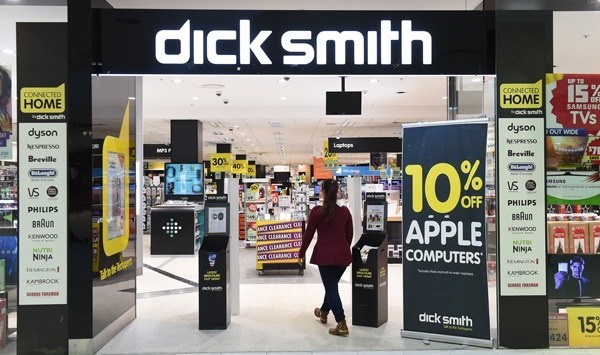 Creditors of Dick Smith will miss out on at least $260 million, according to the company’s administrators, who released their report into the collapse of the electronics chain on Wednesday.

The Dick Smith group of companies collapsed in early January with debts of close to $400 million. Administrators McGrathNicol took control of the group on January 4, with Ferrier Hodgson subsequently appointed as receivers.

In the much-anticipated report into the companies’ collapse, McGrathNicol said on Wednesday while more time is needed to determine the real causes of the failure, unsecured creditors and unsecured investors are unlikely to receive any return from the receivership process.

The total shortfall to creditors will be “in excess of $260 million”, said McGrathNicol, which is substantially different to the $170 million book value of the group’s assets as of June 30, 2015. The administrators said the discrepancy will require further investigation but can largely be attributed to “significant trading losses” during the first quarter of the 2016 financial year, losses incurred during the receivership and “very significant supplier and bank commitments”.

Dick Smith employees will be first in line to recoup all their entitlements, followed by secured creditors, which includes Dick Smith’s major lenders. However, McGrathNicol has said these secured creditors are “likely to suffer a significant shortfall”.

Receivers Ferrier Hodgson had attempted to sell Dick Smith’s assets, including stock, throughout the receivership. The receivers successfully sold the group’s online business and intellectual property to Kogan.com for $2.6 million but were unable to find a buyer for the chain’s retail stores, all of which ceased trading by early May.

Here are four key takeaways from McGrathNicol’s report to creditors.

1. Employees will be repaid in full, but historical underpayments are still outstanding

McGrathNicol said more than 3000 Dick Smith employees will receive their entitlements, with receivers Ferrier Hodgson having already paid the majority of what is owed.

On review of Dick Smith’s records, the administrators discovered $2.1 million was owed to employees in historical underpayments. This is attributed to the miscalculation and misunderstanding of the General Retail Industry Award in respect to weekend annual leave payments and store manager wages.

“The underpayment was not intentional, but rather an incorrect application of the Award,” the administrators said.

“Around 2,740 affected employees have been informed of their entitlement and notified that they will be paid in full in September 2016.”

These entitlements were paid out of funds that would normally go to secured creditors, so those creditors will stand in priority for that amount recovered from DSG’s liquidation. Due to this, the administrator states that the amount recovered from liquidation would have to exceed $26.7 million in entitlements for unsecured creditors to receive compensation.

2. Unclaimed gift cards are very likely to be unpaid

Holders of Dick Smith gift cards are listed as unsecured creditors of the group, and many gift cards holders were hoping to receive at least some compensation from the liquidation process. Many consumers were angry when Dick Smith did not honour gift cards during the receivership process

“There is currently no expectation that unsecured creditors will be paid a dividend unless very significant recoveries are made in the liquidation process,” McGrathNicol said.

During December 2015, Dick Smith sold over $2.5 million worth of gift cards.

In the report, the administrators state they believe Dick Smith was insolvent “at least on 23 December 2015”. This date is the date the Dick Smith Group entered in an agreement with its lenders, which prevented it from drawing funds from its overdraft facility to repay its debts.

However, the administrators also note Dick Smith “may have been insolvent for some time before 23 December 2015”, and refer to a number of incidents earlier in 2015 that may support that statement. These include the company’s net cash loss of $71.2 million from July 1 to November 30 that year, and a failure to pay suppliers on time during the year.

Administrators were appointed on the January 4, 2016, which means there is a period of 14 days where the administrators believe the company was insolvent but not under external management. There were no reports of the company ceasing trading during that period.

In the report, the administrators state, “A director may be personally liable to a company if the director fails to prevent a company from incurring a debt when at that time the director knew, or should have known, that the company was insolvent.”

The administrators said they are yet to have a finalised position on Dick Smith’s insolvency date, and will further investigate.

4. Reasons for the company’s failure

In the report, both the directors of Dick Smith and the administrators provided what they believe to be the reasons for the company’s failure.

The directors said the company failed because due to cash pressures from November 24, 2015, coupled with a breach notice issued by the banks on December 31, 2015, to Dick Smith. Dick Smith’s proposals to remedy the breach were not deemed acceptable by the banks.

The directors believed that at this point there was no solution but to appoint voluntary administrators.

The administrators’ reasons for the failure of the company are much broader ranging, and cover many of the businesses failures across expansion and inventory. The administrators also cite market competition and cash flow as reasons.

The administrators said the Australian and New Zealand electronics’ industry is “highly competitive and increasingly price-based, which has eroded the profit margins for many market participants.” The Dick Smith Group only held 9% of the market share during the 2015 financial year, according the the administrators.

The administrators also criticised Dick Smith’s expansion strategy, claiming the company “continued its strategy of store expansion in circumstances where same store sales were declining in its core business”.

I can’t see the Term “Fraud” mentioned in this article. Anyone who set foot inside a Dick Smith store and had some financial interest should have known something wasn’t right. In fact anyone that invested in the Float need to accept some responsibility for their poor judgment. There was no way known that the Private Equity firm (the probable cause of this disaster) could have turned that basket case into a silk purse that quickly!!!!

But how do you do personally conduct due diligence when purchasing shares in a company float? You’re not privy to the books at a granular level and therefore are reliant on whoever did that leading up to the float. Shareholders lost out too remember. The company was worthless when it went into administration.

Receivers Ferrier Hodgson had attempted to sell Dick Smith’s assets, including stock. I’m confused by this statement. I believe a huge amount of this stock was not paid for so why don’t the administrators send the goods back to the suppliers?
Some of the creditors were owed millions so some of the debts could have been solved by sending the goods back.