Don’t ask kids what they want to be when they grow up. Try this instead 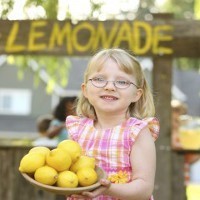 Young children inevitably get asked what they want to be when they grow up – by their parents, family, teachers and others. The answers are often interesting; ranging from fire fighters and pilots to tooth fairies and Ninjago warriors.

But, is the question relevant in today’s reality? Will it be archaic in future?

Policy makers, educators and parents have a challenging job preparing children for an unpredictable future and a shifting job market. As Catherine Livingstone, President of the Business Council of Australia highlighted in a recent National Press Club address, “47% of total US employment is at risk of being automated using artificial intelligence. We need to move urgently from a discussion about protecting the jobs of today, to creating the jobs of the future.”

If at present the largest taxi service Uber does not own a single car, or the most wide-reaching hospitality brand Airbnb does not own any property, increasing disruption is the only certainty in our future.

Linear processes, business cards and careers, as we have known them for decades are breaking down. But to deliver in a hyper-connected world, Livingstone notes that we need to tap into the highly innovative thinking capacity of late teens and early twenties who have been involved with working from a young age. Work, she observes, should no longer be considered as something that begins after a long period of study; rather, as a function integrated with learning.

One way to get young kids thinking about what they want to do in the future is by getting them to flex their entrepreneurial muscle. To start thinking like the problem solvers, disruptors and system-challengers – the Uber’s and the Airbnb’s of the world.

Jana Matthews, director of StartUpAus once said, “We need many more people who can make a job rather than just take a job”. Livingstone’s forecasts and recommendations echo this sentiment and reiterate that we must shift our philosophy from a provider and institution driven system, to a person or customer driven system.

Not every child will want to become an entrepreneur. But exploring their core skills and its role in problem solving helps the principles of learning filter to the community around them – creating a sense of pertinence to their education. It builds their confidence, not just for a career or profession, but in their ability to face disruption head-on, armed with transferable skill sets. It gives them financial knowledge and empowerment from a young age.

Giving kids the opportunity to grow their micro-enterprises – be it a lemonade stand or selling knick-knacks on eBay – enables them to act on their ideas, develop their voice and feel the pulse of the community around them. And, in an increasingly collaborative ecosystem, help bring the focus back to productivity and individual impact through action.

These are skills that, in future, could help them deliver innovation in an enterprise with over 10,000 people, start a charity or profitably manage their artistic talent. It gives them a foundation and a thirst for knowledge, learning and the ability to adapt to the world and people around them.

While policy makers and governments have a big role in constructing an educational system that propels future growth, it is everyone’s responsibility to help kids start thinking not about what they want to be, but rather what problems they want to solve.