Donut King and Gloria Jean’s franchisor Retail Food Group to kill off some of its brands after $18.5 million earnings hit 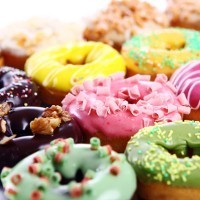 Takeaway food franchisor Retail Food Group, whose stable of brands includes Donut King, Brumby’s, Gloria Jean’s and Michel’s Patisserie, has put some of its brands on the chopping block.

The decision comes after the company terminated a deal to acquire 70 La Porchetta restaurants late last year. Around the same time, the company also acquired the Cafe2U and DiBella brands.

Retail Food Group told shareholders yesterday it would book a write-down of $18.5 million this financial year and would seek to consolidate the brands within its coffee retail division by converting its Esquires and bb’s Café stores to Gloria Jean’s or Michel’s Patisserie “where commercially feasible”.

RFG described the changes as a “one-off rationalisation of some lower performing brand systems and outlets” as part of a process to “streamline” some of its operations.

Despite the changes, as late as April 20, the company was offering “major financial assistance” to new franchisees, with more than 150 sites on offer at the time.

The announcement comes after a key competitor of RFG’s Donut King chain, Wendys, witnessed a total of 116 franchisees nationwide either collapse or be taken over by management in the past eight years.

Retail Food Group has also revealed a shakeup of its management structure, with managing director Tony Alford relinquishing the role of chief executive.

Franchise Advisory Centre director Jason Gehrke told SmartCompany it is likely RFG franchisees are feeling a great deal of uncertainty as a result of the decision.

“Franchisees like to know what’s happening and the future direction of a brand. So franchisors selling, or merging and acquiring, can cause a great deal of uncertainty,” Gehrke says.

But Gehrke says there are steps franchisors can take to reduce the level of uncertainty their franchisees face.

“You’ve got to continue to operate as usual,” he says.

“Through any failure or divestment, you have to still be operating at full power to the very end. A dangerous decision is to begin reallocating resources before any decision is completed.”

However, Gehrke says options are limited for franchisees when they learn their franchisor intends to sell, acquire or consolidate brands.

“There’s not a lot they can do. There’s a standard clause in most franchising agreements that allows the franchisor to reassign the agreement to a party without a franchisee’s consent if they decide to sell,” he says.

“However, there’s also a disclosure clause that says that a franchisor is obligated to notify franchisees of any materially relevant changes to their business, and that clause is likely to be activated when there’s a sale.”

According to Gehrke, the decision to sell, acquire or consolidate brands is a prime example of change within a franchising system.

SmartCompany contacted Retail Food Group but received no response prior to publication.