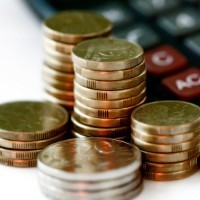 Draft legislation released by the government last week will change the capital gains tax treatment on the sale and purchases of business.

The draft legislation will amend the income tax law in terms of earn-out rights – rights to future financial benefits linked to the performance of an asset or assets after sale.

A subsequent payment received by the seller will be treated as part of the original capital proceeds (with interest and penalties suspended).

Read more: How to sell your business tax free

“We haven’t seen the legislation since 2010, so business owners looking to sell their business have been operating in a vacuum about what the legislation will look like, which makes it hard to negotiate a sale,” he says.

Under the existing 2007 ruling, Molesworth says if you sell your business for $1 million up front, then the possibility of another $1 million over the next few years, you have to pay tax on the $1 million upfront and on the current value of getting taxed $1 million in the future.

The amended legislation means business owners will pay tax immediately on the $1 million upfront payment but only pay further tax as money is received in the future.

“It stops you having to pay tax on money you haven’t actually received,” Molesworth says.

He says it is likely there will be a rise in earn-out arrangements in business sale and purchase agreements if the legislation is implemented.

“It is now sensible for business owners to seriously consider earn-out arrangements, the taxation treatment of them is now no longer the impediment it was previously,” he says.

Molesworth says many potential sales fall down when parties cannot agree on what a fair price for the business is.

“Enabling parties to put in place milestone payments depending on performance benefits both parties and probably means deals will be done that weren’t previously able to be done,” he says.

Molesworth says business owners should look at the detail of the draft legislation as it is narrower than previous versions.

“The new draft legislation proposes a maximum time limit for earn-out arrangements of four years, one year less than originally suggested,” he says.

If legislated, the changes to income tax law will apply retrospectively from April 24, 2015.

Submissions on the draft legislation close on May 21, 2015.

“I would hope given this measure has been hanging around for five years and there have been various consultations that it wouldn’t take terribly long for the government to produce the final arrangements to Parliament,” Molesworth says.