eCargo CEO: Why we chose an Aussie IPO and how we snagged Rich Lister backing 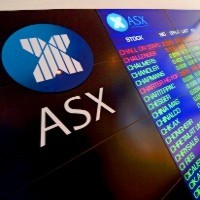 Hong Kong-based eCommerce solutions provider, eCargo, has debuted on the Australia Securities Exchange this morning, with chief executive and co-founder Christopher Lau telling SmartCompany the float was a “significant milestone culminating in years of hard work” in the Australian market.

The latest in a string of companies to IPO this year, eCargo has raised $40 million in capital, giving the company a market capitalisation of $224 million.

Lau, whose father John Lau established the business from “humble beginnings” in1990, will retain around a 60% majority stake in the company along with his family through holding company JL Enterprises.

Shares are being offered at 40c each, with 100 million available under the offer, bringing the total number of shares in the company to 560 million.

The float has attracted interest from high-profile Australian retail names, with Lau securing backing from Rupert Myer from the Rich List mainstay, the Myer family.

Lau says eCargo has had a strong connection with Myer, who is a shareholder of the company, since the retailer split with Coles in 2007.

However, Lau debunked recent reports the company also had backing from Solomon Lew and Jan Cameron, saying eCargo had merely worked with businesses controlled by Lew and Cameron in the past.

Lau says eCargo, which is aiming to help Aussie retailers “tap into” the ballooning Chinese ecommerce market, has had “deep roots” with Australia.

“We have been working with Australian retailers for number of years,” says Lau, pointing to supplier chain relationships with Myer, Woolworths and Bunnings.

He says Australia is emerging as eCargo’s second largest market after China and identifies only Toll, which is actually a shareholder in one of the company’s principle operators, as eCargo’s strongest domestic competition.

Lau reveals eCargo is looking at possible Australian acquisitions, with its sights on a number of Australian “small businesses and entrepreneurs” that he believes “could complement our business”.

The company plans to use the capital raised via the IPO to invest in such acquisitions, as well as to continue developing its core technologies.

Lau says the float has been an emotional experience.

“It is a very special day for us … I believe it should be a positive start this morning and of course hope the shares trade well. We’re very excited.”