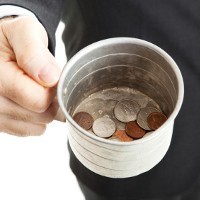 The Australian Council of Trade Unions (ACTU) is calling for an increase in compulsory super contributions from employers, as well as a rise in the minimum wage, as part of its submission to the Fair Work Commission’s annual wage review.

Compulsory super was due to increase from 9.5% to 10% on July 1 this year under the Superannuation Guarantee, but in 2013, the Labor government moved to freeze super contributions for five years.

ACTU secretary Dave Oliver said in a statement he is calling on Treasurer Joe Hockey to support the union’s submission and repeal the freeze.

“Unions calls on Joe Hockey to back the ACTU’s claim to increase the minimum wage and compulsory super to ensure Australia’s lowest paid workers are not worse off, “ said Oliver.

“Maintaining a fair minimum wage is essential if Australia is to avoid creating an underclass of working poor, “ he said.

“Research shows boosting the minimum wage is good for workers and does not have a negative impact on employment.”

But Peter Strong, executive director of the Council of Small Business of Australia, told SmartCompany the union body was ignoring the impact on business viability.

“The ACTU has to understand business are there to make money to employ people and you can’t employ people if you don’t have money,” says Strong.

“We totally understand people on minimum wage want more money, that’s completely understandable, but if business isn’t viable, they don’t have a job at all.”

Strong says an increase to super contributions will have a “double whammy” effect on small business because of the extra administration and time spent on paperwork.

“For big business, they just push a couple of buttons, but for small business, it’s never like that,” he says.

“We are totally against any increase in super until they fix the collection process, which is currently too difficult.”

The ACTU will lodge its submission to the Fair Work Commission this Friday.