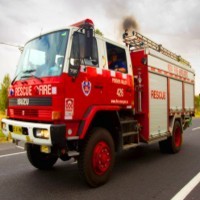 The alarm bells are starting to ring as further evidence emerges of significant concerns about the state of our economy.

This has major implications for our banks but even more so for debt-dependent Australian businesses. Business owners are rightly concerned about what is going to happen and how the banks are responding to current challenges.

The property market is clearly a worry. Reserve Bank governor Glenn Stevens has expressed concerns about rising prices and bankers including ANZ’s chairman David Gonski have warned Australia’s booming housing prices cannot go on forever and the market will eventually experience a correction. He says “anyone who believes prices always go up is a fool.”

Another cloud looming is the state of the Chinese economy. Gabriel Stein of Oxford Economics believes China’s financial system is almost certain to face a full-blown banking crisis. “We don’t know when it will happen and how it will play out, but it is almost certain there will be one,” said Stein.

The price of iron ore, our major export earner, has fallen below $80 per tonne bringing into question the viability of all but the biggest and most efficient producers.

Meanwhile, nearly one third of ASX companies have had their 2013 accounts classified by their auditors as being at risk of “financial catastrophe”, according to a recent survey conducted by CPA Australia.

What is going to happen?

How are banks responding?

The banks are more than mindful that asset prices are high. They have worked hard since the global financial crisis to get their loan books in strong shape, they are not about to make sacrifices here. But they do want and need to keep lending. What that means for borrowers is:

Another area of uncertainty for the banks and therefore their customers is the extent to which David Murray’s Financial System Inquiry might require banks to hold more capital in order to better protect them and the system from any significant market corrections.

It seems more than likely that our banks will be required to increase their capital bases by one means or another. Being strong businesses, they would easily be able to raise additional capital but they would prefer to avoid any action that could dampen their returns on equity.

Pending the outcomes of the Murray Inquiry, banks are taking a cautious approach to capital management. One option at their disposal that obviates the need to raise more capital is simply to shrink their loan book by shedding poorer quality loans.

The next three months will be a telling period and business owners would be wise to follow the lead of the banks by remaining cautious and preparing for all eventualities.

Neil Slonim is an independent business banking advisor and commentator and the founder of BankDoctor.com.au