Is there an apprenticeships ‘crisis’ in Australia? 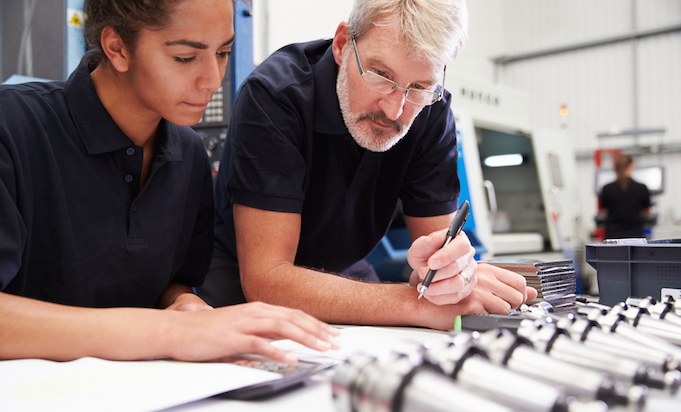 It’s rare to find an issue that unites both sides of politics, employers and trade unions, yet these unlikely allies have all claimed there is an apprenticeships “crisis”.

In 2016, Labor leader Bill Shorten said that the number of Australians training for apprenticeships was at its lowest level since 2001, blaming Coalition funding cuts for plummeting numbers.

“Labor’s withdrawal of employer incentives contributed to a massive decline.”

The Australian Council of Trade Unions claims apprenticeship numbers have experienced a “catastrophic drop” under the Abbott/Turnbull government.

The Business Council of Australia, Australian Chamber of Commerce and Industry, and the Australian Industry Group also claim that apprenticeships have declined by 45% since 2012.

A new report from the Mitchell Institute exposes some of the misconceptions behind these claims, finding some truth and a more purposeful way forward in the apprenticeships debate.

Apprenticeships are largely in the trades — areas like electrical, plumbing, construction and commercial cooking — and typically involve a four-year contract. Most people still associate apprenticeships with trades.

Traineeships, while also combining employment and formal training, were created by the Commonwealth government in the 1980s to provide job opportunities for young people, particularly in the services sector.

Both apprenticeships and traineeships have an important role to play. However, information (and numbers) relating to both systems are often presented together as “apprenticeships”, creating a misleading picture about the state of the traditional trade-based apprenticeship system.

The chart above shows trade commencements (mostly traditional trade apprenticeships) have been relatively stable over the past 20 years or so, and are certainly not falling off a cliff.

Non-trade commencements (mostly representing traineeships), on the other hand, have experienced a sharp decline since 2012.

However, our report shows the high numbers of traineeships in 2011 to 2012 were caused by a number of policy changes. These include the availability of employer incentives, and the expansion of the trainee system to cover existing, not just new workers, and part-time as well as full-time staff.

Together, these policies made it very appealing for companies to take on a trainee, or to make an existing employee a trainee, as in some cases the incentive acted as an effective wage subsidy.

Evidence emerged that these incentives were being misused, and the Commonwealth government rightly scaled back eligibility from 2012 to 2013. This explains the steady rise and then significant drop in trainee commencements over this period.

However, these changes did not affect funding for trade apprenticeships at all.

What’s the story with apprenticeships?

The situation with traditional trade apprenticeships is more complex. A number of factors influence apprenticeship commencements across different occupations.

The first point to make is that not all trade apprenticeships have declined since 2013. As the chart below shows, some have grown — and the extent of decline varies between occupations.

If funding changes do not account for the decline in commencements, what other factors might explain it?

The answer is a range of economic and social factors, including negative and low growth in full-time employment throughout 2013 to 2016, ongoing structural change in the composition of the labour market and the relevance of the current apprenticeship model in some occupations, as well as supply factors, including potentially a decline in the quality of the apprenticeship applicant pool.

Both sides of politics, employers and unions should — and clearly do — care about apprenticeships.

However, the apprenticeship system would be better served if less time was spent on political point-scoring and more on acknowledging this complex picture.

Both apprenticeships and traineeships have a vital role to play in building the skills base of the future Australian workforce. But they also need to remain relevant and responsive to changing needs, and sit within an integrated and considered tertiary education and training system, encompassing a range of VET and higher education options.

There’s a long way to go to achieve that goal, but finding some truth in the apprenticeships debate is a good start.