Aussies more likely to open their wallets on Thursdays: study 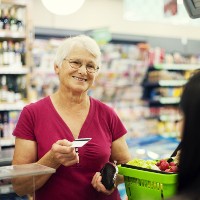 The second Thursday evening of each month is the peak shopping time in Australia, making it the ideal time for advertisers to connect with consumers, according to a study by data specialists AdNear.

The findings reveal that while women made up the majority of retail shoppers across the board (70%), males were near equals in grocery shopping (46%), with the exception of Adelaide where there were more male grocery shoppers than female.

Homemakers were found to make up the largest demographic across all states in both general and grocery retail, apart from Sydney where professionals dominate shop floors.

Apart from Thursday’s popularity, general retail shoppers in Melbourne and Sydney also like to visit stores on Sundays, with grocery shopper numbers found to dwindle in the last week of each month.

Malcolm Cole, director of external relations for the National Retail Association, told SmartCompany the popularity of Thursdays is likely linked to a number of historical factors that largely influence an older demographic.

“Historically in some areas of the country it was the first night where there was extended trading and it seems to remain the strong trading day for supermarkets and retail,” says Cole.

“This is also because welfare cycle payments often fall on Thursdays. Every second week retailers put out discounts for pensioners,” he says.

“Retailers tend to target people leading into the weekend and consumers start thinking about the weekend: What are we doing Friday, Saturday night? Who are we having over for dinner?” says Cole.

However, Cole says society and consumer habits are now changing due to flexible work patterns and new retail hours. He says the last decade has seen an increase in shopping spend on Sundays and these changes will continue to spread consumer habits into the future.