Aussies tipped to spend $30 billion in December, but it’s not all holiday cheer: The three biggest problems facing retailers this Christmas 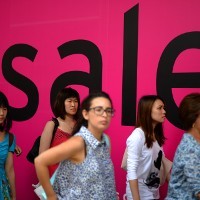 Cash registers will be ringing around the country to the tune of $30 billion this December, according to a report released yesterday, but it’s not all merriment and cheer for Aussie retailers.

In the latest in a string of studies to predict a bumper Christmas period for Australian retailers, the IBISWorld report tips total retail spending will jump by 35.2% this December.

Department store spending is forecast to lead the way with an anticipated sales spike of 94.1%, with Apple products and gaming consoles predicted to top wish lists around the country.

But Christmas can be a time of extra stress for retailers, according to IBISWorld senior analyst Stephen Gargano.

“The Christmas period poses great opportunities for retailers, but at the same time they should be wary of the challenges the period also poses,” Gargano told SmartCompany.

“While retailers seek to make the most of the period, it is important they don’t overdo themselves and seek to manage the risks.”

Gargano outlines three issue that can potentially “eat into the profits” of your prosperous holiday season:

Gargano says staffing is one of the major issues facing retailers at Christmas.

“Essentially, you have a period of abnormal demand compared to the rest of year. There are a lot consumers walking through the door and retailers need staff to cater to that demand,” he says.

Gargano says retailers often struggle with working out flexible arrangements with their staff so they can have staff on hand for busier periods, without overcommitting when the Christmas rush slows down.

Gargano says many retailers look at the Christmas period to subsidise slower or weaker periods of trade throughout the year, and need to be wary they don’t increase wage costs to undermine the strength of the period.

“That can pose a difficulty for retailers because if a retailer overstaffs, it eats into their profits,” he says.

Gargano says balancing inventory ordering with changing demands can be a big challenge for retailers.

While there are some item categories, such as clothing and footwear, which will likely have a fairly strong demand throughout the year, Christmas-themed items have a very short shelf life.

“With those items, retailers either have to sell them at a dramatic price drop or hang on to them for another year, or write them off completely,” says Gargano.

Gargano says oversupply can be an even bigger challenge for certain industries.

He says restaurants and cafes are particularly vulnerable to issues of oversupply, as they experience a high demand in the lead up for Christmas and then head into a quiet period, usually with some period of store closure.

“If you are inaccurate with your inventory ordering at a restaurant then you potentially have to deal with products that expire, which can be a big threat to profits,” he says.

Gargano says retailers will have to be careful with their sales and specials after Christmas to weigh up the amount they discount products by, compared to their bottom line.