Australia Post chief: Why Aussie businesses must embrace the “dining boom” not mining boom in China 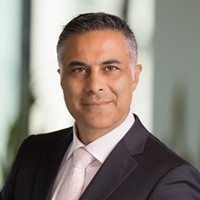 Forget the mining boom, Australian companies must take advantage of the “dining boom” coming out of China, according to Australia Post chief executive Ahmed Fahour.

Speaking in Melbourne yesterday, at a lunch for the Australia China Business Week, Fahour also urged Australian governments to help the business community tap into the “bulging growth” in China’s middle class.

“In my lifetime, China has lifted hundreds of millions of people out of poverty,” Fahour told attendees at the lunch, including Victorian Premier Daniel Andrews and several ministers from the Victorian government.

“But that’s nothing compared to the bulging growth in China’s middle class that will occur over the coming 10 to 15 years.”

“On some estimates, China’s middle class is already larger than the population of the USA. But, by 2030, around one billion Chinese are expected to be middle class – or about 70% of China’s population.

While Fahour says there will still be demand from China for Australian resources, especially iron ore and coal, “the rising Chinese middle class will need more than just resources and energy security”.

“They want to eat better quality food,” he said.

“And longer-term, they will need food security. So undoubtedly, agriculture and food manufacturing, as well as the ‘cold chain’ that supports the international trade in fresh food – have to be areas of focus for our economy.”

But, it is not just food-based companies that stand to benefit, Fahour says, also adding education and tourism, financial and legal services, construction and engineering, telecommunications and health services and aged care to the list of sectors that have an opportunity to meet the demand from China’s middle class.

Fahour said government must work on strategies to lift competitiveness in these sectors, as well as policies that encourage innovation.

And innovation will be the key for companies to unlock this potential.

“That requires investment, but it also means that our business community needs to be more entrepreneurial and prepared to take risks,” Fahour said.

“While these are big challenges, Australia has proven repeatedly throughout our history that we are capable of seizing our opportunities on the global stage.”

“I’m filled with optimism about Australia’s prospects in the Asian Century.”

For its part, Fahour said Australia Post has been developing a number of programs to help Australian SMEs access the Chinese market, including Sai Cheng Logistics, a joint venture with China Post that earned 7 million Yuan ($1.43 million) last year.

Australia Post is also working with Chinese retail giant Alibaba to display Australian products in Alibaba’s Tmall and has a partnership with UnionPay, the world’s largest card issuer.

But for SMEs wanting to grow their business into the Chinese market, Fahour has some simple advice: “Invest time in getting to really know the people you’re dealing with.”

“Try to add a few days to your itinerary whenever you visit,” he said.

“Take the time to learn about their family and to understand, and appreciate, the Chinese culture.”

“Once you’ve established that genuine connection, you will often find that a new world of opportunity opens up to you. Not only will it be enriching for you personally. Ultimately, it will be greatly beneficial for your business, too.”