Australia’s economy is healthy, so how can there be a budget crisis? 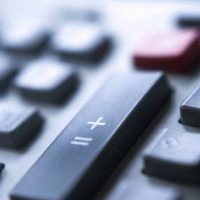 As the 2014-15 budget nears, Australians are hearing that the government must mount an urgent repair job to address the looming structural crisis that will see the budget in deficit for decades to come. The ‘budget crisis’ is a convenient narrative – but how true is it?

In the first of our series, University of Canberra Professor Phil Lewis argues Australia’s economy is strong – and why it is wrong to draw a straight line between it and the budget.

Prime Minister Tony Abbott has suggested that: “You can’t fix the economy unless you fix the budget.”

If we are to believe the over-the-top Commission of Audit report it will take far more than this to bring the budget to surplus by 2023. But few seriously think many of the recommendations will be implemented.

While it is correct to say that lower debt would allow more government revenue to fund worthwhile projects to improve economic outcomes, it is not clear why lower (or zero) deficits or debt necessarily implies the economy will perform better.

A balanced budget may be a very valuable, but not essential, condition for good economic management. There are even fellow economists who argue (in my view wrongly) that increasing deficits and debt are necessary at the moment to increase current economic growth and reduce unemployment.

How Australia’s economy is faring

A good way to judge how Australia’s economy is faring is to compare key indicators such as inflation, unemployment rate and GDP growth compared to other industrialised countries, especially those who make up the OECD. I’ve chosen OECD countries comparable to Australia: the United States, United Kingdom, Germany and Japan, as well as the OECD average.

Inflation: By almost all the standard economic indicators the Australian economy is doing better than most other industrialised countries – even though our inflation rate is somewhat higher, we have an enviably high rate of growth and low rate of unemployment compared to other OECD countries.

Australia is a very rich country by world standards and the economy does a pretty good job of developing wealth and opportunities for most people. These comparatively glowing figures, however, mask the fact that there are those who do not fare so well in the market economy.

Welfare and unemployment: Despite being one of the richest countries in the world, 20% of Australian households rely almost entirely on welfare payments. Those of working age receiving benefits, rather than being in work, make up over 16% of the labour force.

In addition many are underemployed, working fewer hours than they want to. By changing the way we measure joblessness we could easily double the official estimates of unemployment.

As Ken Henry pointed out recently in The Conversation, youth unemployment is a particular concern. The rate among 15-19 year olds is currently over 16%, and is 9% among 20-24 year olds.

Productivity: Also, recent concerns have been expressed about Australia’s levels of productivity. In other words, we need to make better use of the resources already employed as well as do better by putting unemployed resources to work. This becomes particularly important given the ageing of the population.

Debt: While there has been a lot of public concern expressed about reducing Australia’s debt levels, Australia’s debt-to-GDP ratio – a key indicator of how well a country can pay back its debt without incurring more debt – is significantly lower than the OECD average and also much lower than countries such as Japan. In fact, Australia’s position is the envy of other countries in the OECD.

How the budget is faring

The structural deficit: So, it can be demonstrated that Australia’s economy is strong. However, there is concern that Australia, on its current trajectory, is heading for (or well on the way) to an unsustainable structural deficit. This is where the budget may most influence economic growth, as it impedes the ability of a government to plan future spending.

It is generally accepted that the actual government budget will (and should) fluctuate between deficit and surplus during, respectively, downswings and upswings in the economy. While there is a lot of public attention on whether the year-on-year budget balance is in deficit or surplus, and by how much, the structural balance is the more important concept. The structural balance is basically the budget deficit or surplus after accounting for cyclical movements in the economy – the balance when conditions are normal or average.

We have heard much in recent budgets about Australia’s structural deficit, backed by several reports indicating the structural budget balance is in pretty poor shape.

As I have pointed out previously in The Conversation this structural imbalance is a result of irresponsible spending policies of successive governments, both Coalition and ALP but particularly by the Rudd/Gillard governments. New spending initiatives, such as the Gonsky funding changes and the NDIS, have been brought in without plans to raise the revenue to pay for them, and often, without due analysis.

And bad luck for Tony Abbott that he is left with unfunded big budget items in the future to deal with, as a legacy of the former government. The only way to reduce the deficit is through reduced expenditure and/or increased revenue. As each idea of how this can be done is shot down on a daily basis, the Coalition government is realising what a difficult thing this is to sell. The hostile reaction to the Commission of Audit report at least might mean some of the unpopular decisions in the May budget are, by comparison, greeted with relief

How to ‘fix’ the budget

There is, however, more to government policy than balancing the budget. Policy should be made in the context of a long-term vision for the economy. This includes getting everyone who wants to into work, providing the public infrastructure needed to increase productivity, the right mix of private and government provision of health and education, and reform of the regulatory environment.

The continuous economic growth that the Australian economy has achieved, even during times when other countries’ economies experienced recessions, are largely due to the economic reform process carried out during the Hawke/Keating and Howard terms in government. Economists credit the increased productivity levels of the second half of the 1990s and early 2000s as resulting from microeconomic reform and the adoption of new technology.

For policy to facilitate reform in the economy it needs to address impediments to growth in the current tax system and in government programs – it is not only the quantity (size of the deficit) but the quality (of taxation and spending) which is important.

Among the obvious things that need to be addressed are – education participation, infrastructure spending, industrial relations, a greater role for markets, and reducing work and investment disincentives inherent in our benefits and taxes.

While short-term measures such as expenditure cuts and debt levies may have an impact on the size of the deficit, they cannot “fix” the economy. The economy is not in disarray, and long-term budget deficit and debt issues require well thought-out policy on the structure of taxation and expenditure.

Phil Lewis is a professor of economics at the University of Canberra.