Australia’s economy slowing down and heading into debt: IMF Outlook 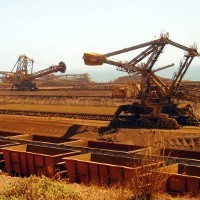 Australia’s economy is slowing off the back of falling commodity prices and could be facing a looming surge in debt if the federal government doesn’t restrict spending, according to an International Monetary Fund (IMF) report released yesterday.

In its World Economic Outlook report, the IMF cut its growth forecast for Australia to 2.8%, slightly lower than the 2.9% last forecast by the organisation in October 2014.

The warning comes as Treasurer Joe Hockey this week admitted the budget bottom line could deteriorate further as the price of iron ore continues to fall.

The IMF flagged sliding iron ore prices as a major contributing factor to Australia’s growth slowdown, with the report stating the metal would be the worst hit by a price decline in 2015.

“The downturn in the global commodity cycle is continuing to hit Australia’s economy, exacerbating the long-anticipated decline in resource-related investment,” said the IMF.

“Exporters of commodities (Australia, Indonesia, Malaysia, New Zealand) will see a drop in foreign earnings and a drag on growth, although currency depreciation will offer some cushion,” the IMF said.

But the IMF praised Australia’s supportive monetary policy and said it could combine with a weaker exchange rate to underpin non-resource activity in the country, leading to a gradual growth of about 3% in 2015-16.

Looking at a number of advanced economies, including Australia, the US, Greece and Lithuania, the IMF also warned government overspending during boom times could be leading such countries further into debt, rather than safeguarding themselves against periods of downturn.

“Policymakers should maintain prudent frameworks and build buffers to enhance resilience, and implement reforms to support demand rebalancing and relieve bottlenecks to growth,” said the IMF.

“If you mention Greece and Lithuania, it gets everyone very excited,” says Harcourt.

“It has been implied Greece has lost its shirt and Australia is about to lose its pants.”

“But I wouldn’t be talking about debt crisis yet.”

While Harcourt says the report does raise the issue of lax government spending and the importance of transitioning the Australian economy from the mining boom to the dining boom, he says none of the evidence presented in the report is new.

“There’s no new evidence and nothing we didn’t know before. They’ve just chosen a few countries to whack together. There is no meaningful comparison to Australia and Lithuania,” he says.

Globally, the report forecasts the world economy to grow about 3.5% this year, after 3.4% growth last year. The IMF predicts the global economy will pick up pace to 3.8% in 2016.

Harcourt says Australia is likely to take more notice of the report than other economies, which in turn will have a big impact on business confidence in coming months.

“Australia is one country that takes a lot of notice of what OECD and IMF says,” Harcourt says.

“We are quite sensitive to international research, so it will certainly have some impact on business confidence.”