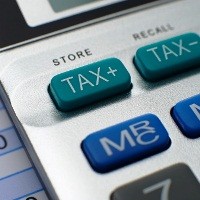 The Victorian government has decided to reduce payroll tax by 0.05%, from 4.9% to 4.85%. The decision comes as the Commonwealth government contemplates an increase in income tax via a deficit levy.

But if the objective is to increase national productivity to meet growing expectations for government services, as well as private consumption, logic would shift the tax burden away from income tax and increase payroll tax. This approach might even provide the basis for more effective and transparent commonwealth-state financial arrangements.

Stand-alone taxes are not the answer

A comprehensive income tax system would include tax on wages, but also on capital income, where capital income is the return on accumulated savings, such as superannuation earnings.

Commonwealth taxation is reasonably comprehensive for wages, with fringe benefits concessions and tax breaks for superannuation for those on middle and high incomes.

In the case of capital income, there are many concessions, including the exemption of income earned on savings invested in owner-occupied homes, the half rate on capital gains and the low flat rate on superannuation fund earnings; interest and dividends face no concessions. A progressive rate schedule is applied to taxable income.

By contrast, a comprehensive payroll tax would fall on all labour remuneration, but not on capital income.

In Australia, the states impose payroll tax on a base that covers about half of all salaries. The largest concession is the exemption of small businesses, with the definition of small business varying across the states (and territories). There are exemptions also for other governments and charities. Above the threshold, a flat marginal tax rate is applied, again with different rates in different states.

Measuring the real impacts of tax

The ultimate outcome of income tax, and especially of payroll tax, is often misunderstood. It is generally accepted that most of the effect, if not all, of the income tax is borne by households as lower disposable income to buy things; with the tax revenue used to fund government goods and services. But in reality, most of the income tax on labour income is first paid by employers as a PAYG deduction from salaries.

And the economic impact of payroll tax should also be on households as lower take-home pay. Initially, businesses pay the payroll tax bill to government, and with a jump in labour costs some are forced to reduce the number of people they employ, boosting unemployment.

The increase in unemployment induces a slower rate of increase in market wages in order for the labour market to return to a new near full employment equilibrium. That is, in the longer run, households bear payroll tax as a lower market wage and take-home pay.

At the same time, the selective payroll tax on large businesses distorts the employment mix away from large to small businesses with a loss of national productivity.

Replacing the current payroll tax, with its small business exemption, with a comprehensive base and lower flat rate payroll tax would also result in lower market wages for all employees. But, the distortions of the current system to the mix of big and small businesses would be removed, resulting in a net increase in national productivity.

The case for a shift from income tax to payroll tax

Shifting the tax burden away from income tax and onto a comprehensive payroll or consumption tax would reduce the effective tax burden on capital income, leading to an increase in aggregate investment and a more productive mix of different investment and saving options with a final economic impact on higher real wages and household income.

Since the arrival of Governor Phillip, Australia has been a net importer of foreign capital to meet its investment needs. Foreign investors, with options to place their savings in many other countries, require at least an alternative world return on the Australian investment after Australian tax.

A lower Australian tax on capital income, for example a lower income or corporate tax rate, means some marginal Australian investments with a lower pre-tax return become worthwhile. In time, the increased investment means a larger stock of capital and technology per Australian worker, feeding into higher labour productivity and market wages.

Finally, a broader base payroll tax, and possibly also a higher payroll tax rate, along with a reformed land tax, offers a desirable tax reform package to increase the tax revenue of the states.

John Freebairn is a professor at the Department of Economics at University of Melbourne.