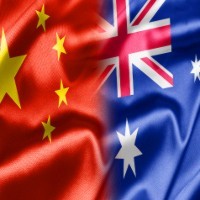 Australian businesses have copped a bad deal in Australia’s free trade agreement with China, according to the Australian Fair Trade and Investment Network.

Analysis by the AFTINET published last week shows the Australian government made “huge concessions” on temporary labour and investor rights in its “desperation” to complete the deal.

While the FTA was signed last year further details were only released last week.

The details of the FTA show the Australian government has increased temporary labour mobility.

It has also agreed Chinese investors will be able to sue Australian governments if they can claim a change in law or policy “harms” their investment, known as Investor-State Disputes or ISDS, but those provisions are unfinished and ambiguous.

A Memorandum of Understanding separate from the text of the trade agreement gives Chinese investors in projects valued over $150 million additional rights to bring in temporary migrant workers.

There is no equivalent provision for Australian firms to bring in Australians.

They can negotiate the numbers, occupations to be covered, English language requirements, qualifications and experience, and calculation of the terms and conditions of the Temporary Skilled Migration Income Threshold.

“This means that the minimum wage to be paid to the temporary migrant workers will be the subject of negotiation between the project company and the Department of Immigration and Border Protection,” the AFTINET report says.

“The minimum wages and conditions are meant to conform to Australian industrial law, but may be below the actual market rates paid to Australian workers in the industry.”

But Russell Wilkinson, national head of customs and international trade at Crowe Horwath, told SmartCompany while there may be issues with the FTA it is also a win for Australian businesses.

“It depends which way you look at it,” he says.

“There is no one way winner. Everybody has to make some sacrifices, but at the end of the day, I think on balance it looks fair,” he says.

“I think, for SMEs, it’s about access into a fairly substantial market and in particular for regional small businesses. For farmers and people on the land, it’s a good outcome it’s going to give them more access.”