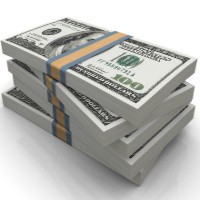 Since the global financial crisis, a currency cold war has been raging as Western central banks have sought to restore decades of lost competitiveness via dramatic monetary easing.

The primary culprit and he who fired the first shot was the United States Federal Reserve. First by crushing its interest rate to zero and then via successive rounds of quantitative easing, the Fed engineered a material fall in the US dollar from 2009 to 2012. The campaign was interrupted by a flight to safety in 2010 around the European crisis but was ultimately very successful, deflating the world’s reserve currency by some 17% over the period:

Until late 2012 the war was fought on only one side. But at the conclusion of that year, Mario Draghi was elected to the head of the European Central Bank and he launched Europe’s first counter-strike with his own versions of QE. The Fed was snookered and the US dollar rebounded.

To this point, the war was largely disguised by weak economies and the strictures of central bank code but it turned more overt late in 2013 with election of Shinzo Abe and his appointment of Haruhiko Kurodato to the Bank of Japan. Abenomics, as it is now called, openly sought currency debasement as a path to re-inflation via huge and un-ending QE. The results have been spectacular with the yen depreciating some 40% since:

So far, so good. The first phase of the war was exclusively monetary, and was somewhat under the radar though it became less so as time marched on. What did it do to Australia? It sent our currency to the moon, of course:

We found ourselves very popular with global capital flows and patted ourselves on the back, thinking it was all our own doing. But it wasn’t. Even accounting for the mining boom, our currency should never have been so high. Various currency valuation models will tell you different things but most agree we were 10-20% overvalued. Goldman Sachs’ model is an example:

Our terms of trade (and mining boom) peaked in late 2011, just as Draghi was loading up his cannon. In the past our currency would have followed the ToT down, it was falling very fast, but this time it didn’t and we spent a year and half being shot to pieces by the currency war. The capex boom busted much faster than expected as mining profitability collapsed. The budget blew up as nominal growth tumbled. And interest rates cuts did next to nothing to stimulate activity as the dollar kept hollowing out non-mining tradables.

It was not until mid 2013 that the RBA finally managed to lower interest rates enough to engender currency relief, and the results were nearly instant. Foreign capital flooded into housing, nominal growth recovered some lost ground and the budget experienced early stabilisation in revenues as mining and housing profits rebounded. Australia had finally joined the war and, for once, was winning!