Australian household incomes and wealth stall, as the divide between the young and old grows 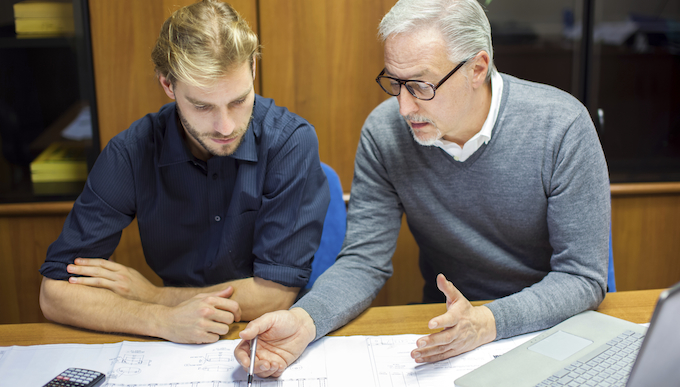 By Roger Wilkins, University of Melbourne

Poverty in Australia has declined, welfare reliance has stabilised and long-term poverty is becoming rare – but overall economic wellbeing is no longer improving, and households wealth has remained static, despite rising property prices, according to Australia’s most respected longitudinal study of economic wellbeing.

And there is a rapidly growing wealth divide between generations, with median wealth increasing by 61% among people aged 65 and over, compared to just 3.2%
among people aged 25 to 34, since 2001.

This is the picture from the latest statistical report of the Household, Income and Labour Dynamics in Australia (HILDA) Survey, collected by the Melbourne Institute of Applied Economic and Social Research. Collected every year, HILDA is Australia’s only nationally representative household longitudinal study and has followed the same individuals and households since 2001.

Perhaps best summarising the experience of Australian households since 2001 is the path taken by median income, shown in the figure below. The HILDA data shows that in the early years of this century, the median household income (after taxes, and adjusted for both inflation and household size) grew strongly.

However, since 2009 growth has stalled, with the median income stagnating at approximately $45,000.

HILDA data on household wealth, collected every four years since 2002, shows a somewhat similar pattern. Median household wealth grew strongly between 2002 and 2006, but has since grown very little – despite continued increases in house prices.

In some respects, Australia has handled this slowdown quite well. There has been relatively little change in income inequality since 2009 and measures of poverty have actually declined slightly in recent years. For example, the percentage of the population with an income less than half the median income was 10.3% in 2014, down from its 2007 peak of 13%.

Furthermore, while HILDA shows that the large decline in welfare reliance among working-age people between 2004 and 2008 was arrested by the 2008 global financial crisis, welfare reliance has increased only slightly since 2008.

Nonetheless, it is clear that overall economic wellbeing is no longer advancing as it was prior to the global financial crisis. Financial pressures have also increased for families using child care and for those with private health insurance. These markets have experienced substantial real price increases, effects of which have been exacerbated by government policies which in recent years have acted to reduce subsidies.

HILDA correspondingly shows that households’ expenditure on these items has been rising faster than their incomes.

Associated with this, but also strongly connected to changes in superannuation holdings and to a lesser degree, investment property ownership, has been a growing divide in wealth between the young and old.

HILDA also shows that particular groups in the community have continued to experience high rates of disadvantage over the entire period since 2001. Most notably, people with disability, poor general health or poor mental health have not fared well economically, and poverty rates among children living in lone-parent households have consistently been above 20%.

The longitudinal nature of the HILDA data further provides important insights into the prevalence and determinants of persistent or long-term disadvantage. Long-term poverty is in fact relatively rare, with 85% of poverty spells lasting three or fewer years.

That said, poverty is considerably more likely to be long term for people with disability, Indigenous people, immigrants from non-English speaking countries, the elderly, single people, people living in rural areas, and people with low levels of education.

Perhaps most surprising are HILDA’s findings on welfare reliance over the longer term. While only around 18% of people aged 18 to 64 receive income support payments in any given year, nearly 45% of people in this age range received income support at some stage in the 14 years to 2014.

Indeed, nearly 70% of all working-age people were at some stage in a household that received income support payments. Contact with the welfare system is therefore very high, but is typically only for relatively short periods, suggesting the welfare system in many cases works as a temporary safety net rather than as a long-term income source.

In 2014, new questions on “material deprivation” were included in the HILDA Survey to provide more direct information on the groups in the community faring worst economically. Among the findings were that 12% of households did not have $500 in savings for an emergency, 8% did not have home contents insurance because they couldn’t afford it, and 5% could not afford dental treatment when needed.

Consistent with findings using more traditional income-poverty measures, rates of deprivation were found to be highest among lone-parent families, Indigenous people and people with severe disabilities.

The more direct material deprivation approach does reveal, however, that the elderly have very low rates of deprivation, despite having high rates of income poverty. This suggests that income needs are lower for the elderly, for reasons such as their high rates of (outright) home ownership.

The detailed picture of the economic lives of Australians that is provided by the HILDA Survey is necessarily somewhat complicated. It is nonetheless clear that the current trajectories of income and wealth are in general much lower than in the early years of this century.

The HILDA Survey data suggest that the effects of this slowdown have to date been relatively equitably distributed, notwithstanding some concerns about trends in the wealth distribution. Of course, there is no guarantee that this will continue to be the case in future, particularly in the context of the need to reduce the government deficit.

The form that deficit-reduction policies take will be profoundly important to the distribution of economic wellbeing over coming years.

Roger Wilkins is a professorial research fellow and deputy director (research) for the HILDA Survey at the Melbourne Institute of Applied Economic and Social Research, at the University of Melbourne.

Let’s stop trying to sugar coat the real state of affairs. The truth is that most, if not all of middle Australia are worse off than they were even a few years ago. Most of the people that I talk to are struggling to make ends meet, and have far less disposable income, or none at all. In fact most people that I talk to are eating into their savings, and I don’t know anyone anymore who thinks they will be able to retire at 65.

Yet I continue to read reports that things aren’t so bad and even that things are getting better. The realty is that life is getting worse for most Australians. Salaries in WA have dropped by 30% or more. Cost of living has continued to rise. We are seeing some relief in the rental market but landlords are slow to respond. People relying on credit cards to pay bills, but banks are still charging obscene interest rates. Utilities keep putting their prices up without looking at how they can keep their costs in check.

We need to see more truth in reporting snd less of the statistics.