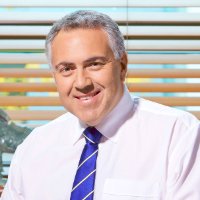 The flagship policy of the government’s $5.5 billion Jobs and Small Business package announced in this year’s budget is a 1.5% tax cut for all small companies with annual turnover of under $2 million.

Cutting the tax rate to 28.5% was also a key promise in last year’s budget but a failure to get the cut passed by the Senate means it is back again this year.

The cut will cost $3.3 billion over the next four years.

The franking credit rate will be unchanged at 30%.

“We are giving you back more of your own money,” Treasurer Joe Hockey will say in his budget speech.

Responding to criticism that the majority of small businesses would miss out on the tax cut because they are not incorporated, the package also includes a 5% “tax discount” for small unincorporated businesses.

The discount is capped at $1000 per individual in an income year and will be delivered as a tax credit in their tax return.

This delivers a tax cut of $1.8 billion over the next four years.

Treasury documents claim this tax cut is “broadly in line with” the 1.5% tax cut for small incorporated businesses.

“Individual taxpayers can still calculate their business and personal income in the same way, and then they get a 5% discount on the tax payable on their business income,” the budget documents state.

Small Business Minister Bruce Billson previously told SmartCompany he was working hard to extend tax relief to those small businesses that are not incorporated.

“Only about one third of Australian small businesses are structured as companies,” Billson said.

“The balance aren’t incorporated, yet we absolutely value and want to respect their enterprises as well … I’m doing all I can do to extend the benefits to the small business community in a way that is affordable and sustainable.”

The government says a small business owner who runs a business with an annual turnover of $1.3 million and taxable income of $200,000 currently pays $60,000 a year in income tax.