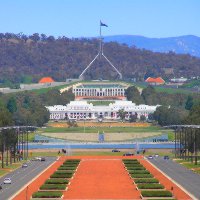 There was some provision for startups as well as SMEs in tonight’s budget with tweaks to the government’s employee share scheme reforms and hints of equity crowdsourced funding.

Under employee share scheme legislation scheduled to come into effect on July 1 employees who are issued shares or options will “generally not be liable” to pay up-front tax on those shares or options.

The budget papers include a few minor technical changes to the proposed legislation including:

In a blow to startups the government has also cut funding for the Entrepreneurs Infrastructure Program, which was implemented in last year’s budget as a replacement for the Innovation Investment Fund and Commercialisation Australia.

The government will cut funding for the program by $27.3 million over five years by changing the implementation of elements of the Single Business Service and Business Management initiatives.

Funding of $526.4 million over four years from 2015-16 will remain available to support the program’s objectives, which include supporting the commercialisation of good ideas, job creation and lifting the capabilities of small businesses.

Australia is likely to have a crowdsourced equity funding scheme in place before the end of the 2015-16 financial year according to provisions in the budget papers.

The 2015-16 Federal Budget includes $7.8 million in funding over four years from 2015-16 to enable the Australian Securities and Investments Commission to implement and monitor a regulatory framework to facilitate the use of crowdsourced equity funding, including simplified reporting and disclosure requirements.

A total of $2.6 million is budgeted for the 2015-16 financial year, suggesting the framework will be in place by the end of that period.

Crowdsourced equity funding would allow startups and small businesses to raise capital by offering equity to a large number of small-scale retail investors through platforms like VentureCrowd and Equitise.

In February Small Business Minister Bruce Billson said he hopes to introduce the legislation in the spring session of parliament.