Budget 2015: Economists react to Hockey’s new budget deficit message, “It wasn’t a heart attack, it was the doctor saying watch your diet” 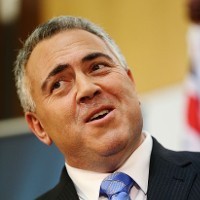 What a difference 12 months can make, particularly to the economic image presented by Treasurer Joe Hockey.

Senior NAB economist Gerard Burg this morning told an industry breakfast in Melbourne Hockey has certainly changed his tune since last year’s austere budget, when he last night served up a “no surprises” budget.

“For all the rhetoric last year of the budget emergency, we now know it wasn’t a heart attack, it was the doctor saying watch your diet in terms of diabetes over the longer term,” said Burg.

Speaking at the event hosted by accountancy firm BDO, Burg described this year’s budget as “economically neutral”, but said Hockey has steered well away from a tough budget repair message that failed last year.

“Compared to last year’s budget there is a significant increase in expenditure. It’s clear economic repair will come from expenditure not revenue,” Burg said.

“Undoubtedly, failure to get key measures through the Senate has pushed back the profile of economic repair.”

David Blake, tax partner at BDO, agreed Hockey has this year changed his image to a “big cuddly bear” treasurer and focused on pleasing the people who vote, ignoring those who don’t – such as multinationals, non-residents and recipients of overseas aid.

“The government is playing to its base,” said Blake.

“You dance with the people that took you to the ball, don’t worry about the ones who didn’t.”

While Burg said the government has moved away from its budget emergency rhetoric, he believes the issue of debt is still a sticking point.

But although the budget forecast suggested net debt will grow from $285.8 billion to about $313.4 billion in 2017-18, Burg said Australia is still far better placed to repay that debt than other OECD economies.

“Debt in and of itself is not a bad thing. It’s the capacity to service that debt, and Australia is in a much stronger position than its peers,” he added.

Domestically, he said the government still needs to grapple with the slowdown of the mining sector and weak domestic demand, particularly in business investment.

“It was a no-surprises budget, but the longer term position will be challenging,” he said.