Budget 2015: Netflix tax and accelerated depreciation allowance gets the go ahead; Cash for ABS to save census 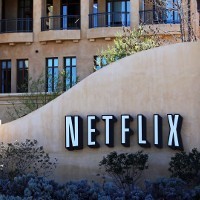 The federal government will seek to amend the Tax Act to make global technology companies that sell digital music, movies, books and other forms of media to Australian consumers pay goods and services tax in next week’s budget.

Fairfax reports this morning the government’s expenditure review committee plans to push ahead with the so-called “Netflix tax” after receiving advice that it will be a relatively straightforward change to make.

The move has been championed by Assistant Treasurer Josh Frydenberg, although Treasurer Joe Hockey made the case for extending the GST to “intangibles” in April.

“I see those things as integrity measures for the tax base, not the broadening of the GST or an increase of the GST,” Hockey said at the time.

“The states have agreed in principle that we should move in that regard. I have offered to work as quickly as possible with them to introduce legislation to address that in relation to intangibles.”

Hockey said the change could generate “billions” of extra tax revenue for the government, which is staring down the prospect of delivering another large budget deficit next Tuesday.

According to the report, Frydenberg will also push ahead with plans to lower the $1000 GST-free threshold for online purchases from overseas retailers, which is a bugbear for many SMEs in the retail sector, although this will happen post-budget.

Peter Strong, executive director of the Council of Small Business of Australia, told SmartCompany this morning he rang the Assistant Treasurer’s office to congratulate him on making the changes as soon as he heard the news.

“They’re making the rules the same for everyone,” Strong says. “They’ve got to do it.”

“Good on them. Not only is it unfair on businesses in Australia because overseas companies have an unfair advantage, but it is also affecting the bottom line of the budget.”

Meanwhile, Fairfax reports plans to re-instate accelerated depreciation measures with an annual threshold of $10,000 will also be included in the budget to ensure small businesses that are not incorporated benefit from the government’s small business package.

The accelerated depreciation policy, which has been slated for inclusion in the budget for a number of weeks, will apply to small businesses with annual turnover of $2 million or less.

Fairfax also reports the budget will include a $250 million funding boost for the Australian Bureau of Statistics to allow the bureau to overhaul its computer systems, some of which are up to 30 years old.

The ABS had previously indicated it may not be able to undertake next year’s census because of the urgent need to upgrade its systems, however, the funding injection will mean the Census and Statistics Act can remain unchanged.

The upgrade to the ABS computer systems will also help the bureau address concerns about the reliability of its monthly employment statistics.

Strong believes the additional funding for the ABS is “money well spent”.

“The more data we have, the more we can manage and predict things and plan for the future,” he says.