Budget 2015: “No new taxes on superannuation” but changes to age pension eligibility test 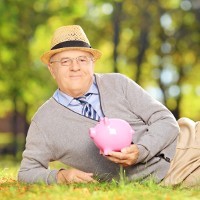 There are no changes to superannuation in this year’s budget but the government will alter aged pension eligibility tests.

“I want to assure all Australian workers that they can have confidence in their retirement plans,” Treasurer Joe Hockey will say in his budget speech tonight.

“There will be no new taxes on superannuation under this government”.

Aged pension eligibility, however, will change.

“The age pension is a critically important safety net for many Australians,” Hockey will say in his speech.

“That is why as our population ages, we need to ensure the pension is sustainable and affordable.”

“The changes in the budget require those pensioners with substantial means to draw on slightly more of their assets to maintain their current income levels in retirement, while the government continues to support those who need it most,” the budget documents state.

The government claims in a “worst case scenario” this means a 1.8% annual drawdown by pensioners on their assets.

At the same time the asset-free area for pensioners will increase, which the government says will allow around 170,000 pensioners “with moderate assets” to receive a full or increased pension.

The government has also ditched its 2014 budget measure that proposed indexing pensions and pension equivalents by CPI.

The changes to aged pension eligibility were flagged late last week by Social Services Minister Scott Morrison who said 90% of the 3.7 million Australians who receive the pension or pension-linked payments will either be better off or see no change to their payments, approximately 91,000 current part-pensioners will no longer be eligible for the pension and another 235,000 will have their payments reduced.

The changes, which are estimated to deliver $2.4 billion to the budget bottom line, relate to the value of the assets used to determine whether an individual qualifies for a pension or not, with wealthier retirees to feel the cuts.

The government will reduce the maximum value of assets outside the family home a couple can hold while still qualifying for a part pension, from $1.15 million to $823,000.