Budget 2015: “Our economic plan is working” Hockey says as he reveals $41 billion deficit 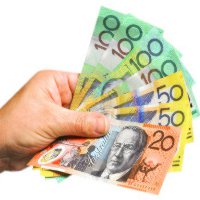 Treasurer Joe Hockey says the government is sticking to its plan to strengthen Australia’s economy as he revealed a budget deficit of $41.1 billion for 2014-15.

This means the government’s timetable back to a budget surplus is unchanged since last year.

The deficit is less than that predicted by Deloitte Access Economics’ annual budget monitor, which estimated an underlying budget deficit of $45.9 billion for the 2014-15 financial year.

“Our economic plan is working and things are getting better,” Hockey will say in his budget speech.

But he will point to falling iron ore prices and a “weaker than expected” recovery in the global economy as contributing to Australia’s “challenges”.

“But I say to you, the economic plan laid down by this government more than a year ago, is in place and it is helping us to deal with these challenges,” he will say.

“Even in the face of the largest fall in our terms of trade in half a century, which has contributed to a significant fall in tax receipts, our economic plan has helped Australia to have one of the fastest growing economies in the developed world.”

Hockey had previously warned of a blow-out in the budget bottom line if the price of iron ore continues to fall.

In early April, Hockey said he was contemplating an iron ore price of as low as $US35-a-tonne, which would mean writing off as much as $25 billion in additional revenue over four years.

However, the iron ore price has since recovered to closer to $US57-a-tonne, giving Hockey some extra cash to spend.

In his budget speech Hockey will claim the government has delivered a $40 billion improvement in the bottom line.

“So today we have taken steps to continue repairing the budget with sensible savings and a prudent approach to spending. We are redirecting funding to areas, such as small business, child care and infrastructure which will boost growth and create jobs.”